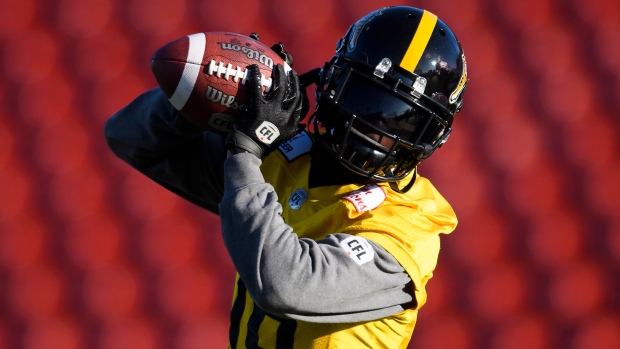 The CFL’s Most Outstanding Player isn’t sure what kind of detailed plan will help revive sports in Canada, but Brandon Banks is sure he won’t feel comfortable playing if any plan of action can’t guarantee that players, and those around sport, will be safe.

“I don’t know what it’s going to take. I don’t know all the details of this virus and how you can keep the atmosphere safe," the Hamilton Tiger-Cats receiver said from his home in North Carolina.

"But, to be honest, for me to go and perform…without having to think about nothing else, I want everybody to be safe."

In the weeks before the global pandemic, Banks underwent a procedure to remove a metal plate in his surgically repaired shoulder and another to correct a sports hernia he suffered during Hamilton’s Grey Cup loss to Winnipeg last November.

Banks stayed in Hamilton into March to rehab those injuries, but by April the 32-year-old had returned to the United States.

Banks is now playing the role of teacher with his son while balancing his off-season training. He said he’s ready to play football, but doesn’t want any game to come before the health and safety of others.

“I don’t what it’s going to take. I’m not the smartest guy to figure that out. I just want the environment safe and as clean as possible.”