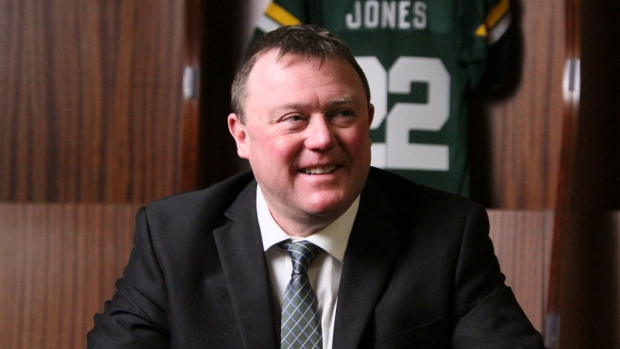 TRADE | We've added more picks on the eve of the #CFLDraft

Saxelid, a 27-year-old American, has spent the past two seasons in Edmonton, appearing in a total of 29 games.

McDonald, a 22-year-old Canadian, spent his rookie campaign with the Elks in 2021, recording 16 special team tackles over 14 games.

“I’d like to welcome both Kyle and Grant to the Hamilton Tiger-Cats organization and to the city of Hamilton,” said Ticats assistant general manager Drew Allemang. “Any time you move your first pick in the draft, you’re looking for significant value in return and I believe we achieved that today with both players as well as the global draft pick.”

The Elks also have the No. 1 pick in the draft.