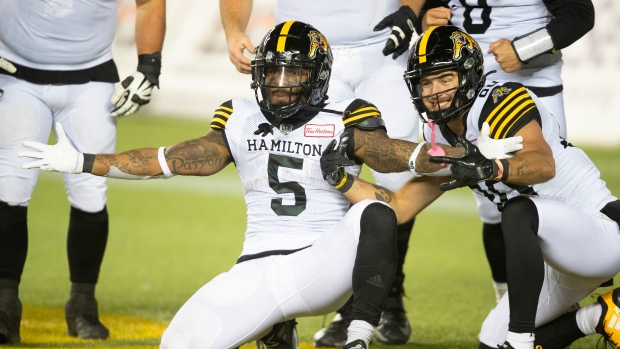 The Hamilton Tiger-Cats have signed American running back Don Jackson to a two-year contract, the team announced on Friday.

It's gettin' real in the city of steel!

Jackson, 28, played four games with the Ticats in 2021, registering 44 carries for 245 yards and one touchdown. He added eight catches for 94 yards and one receiving touchdown.

The Sacramento, California native has played 24 games over his three-year CFL career with the Tiger-Cats and Calgary Stampeders, totaling 1,415 yards and six touchdowns on 262 carries.