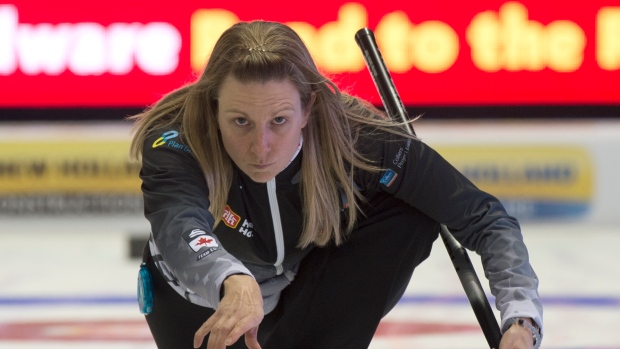 Ontario's Jacqueline Harrison announced a new squad that will compete on the World Curling Tour next season, featuring Alli Flaxey at third, Lynn Kreviazuk at second and Laura Hickey at lead.

The announcement was made on the team's FaceBook page.

Harrison, 41, has never competed at the Scotties Tournament of Hearts, finishing with a 2-6 record at this year's Ontario Scotties. Harrison beat Krista McCarville in the 2016 Tour Challenge Tier 2 final on the Grand Slam circuit.

Flaxey played with Kaitlyn Jones this past season while Kreviazuk and Hickey played third for Megan Balsdon and Hollie Duncan, respectively.

Flaxey and Kreviazuk were teammates for their lone Scotties appearance in 2014 as Flaxey skipped Ontario to a 3-8 record. They also won a Grand Slam in 2016, beating Rachel Homan in the final.