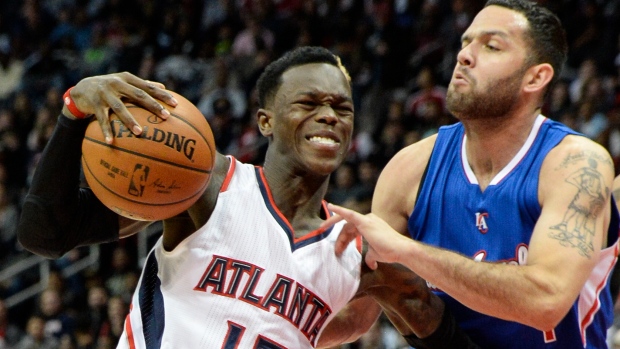 The deal extends Schroder's contract through the 2020-21 season. The person spoke to The Associated Press on condition of anonymity because the Hawks did not release details when announcing a new four-year deal.

The Hawks committed to Schroder by trading Jeff Teague to Indiana in the off-season and added to the commitment with the deal that matches the four-year contract given to small forward Kent Bazemore in the off-season.

Schroder, 23, spent the last three seasons as Teague's backup. He set career highs with his averages of 11 points and 4.4 assists last season. The Hawks are 11-5 in his 16 career starts.

"Over the past three years, we have watched Dennis grow into an elite competitor and an emerging, two-way player," said Hawks coach and president of basketball operations Mike Budenholzer in a statement released by the team. "We look forward to his continued development and are excited to make this long-term commitment."

Schroder announced the deal on his Twitter account. The German player said he was "Glad to be here 4 more years."

"Since coming from Germany as a rookie, this organization and the entire city of Atlanta has embraced me and watched me grow," Schroder said in a statement released by the Hawks. "I would like to thank my teammates, the coaching staff and the front office for having faith in me. I'm determined to keep improving as a player and I believe that our team has a chance to accomplish some special things together."

Schroder and centre Dwight Howard, who signed a three-year, $70.5 million deal as a free agent, are the new starters for the Hawks, who open their season on Thursday night against Washington.