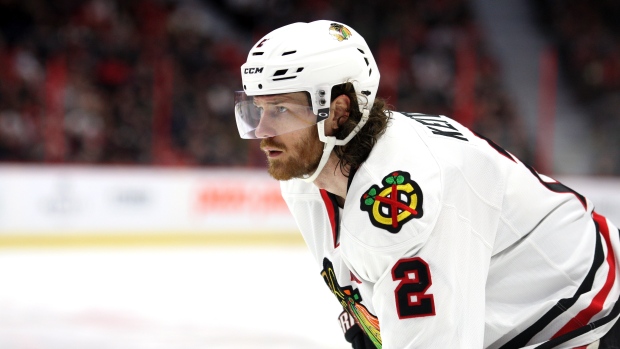 Chicago Blackhawks veteran defenceman Duncan Keith is averaging 25:10 of ice time this season, good enough for 15th highest in the NHL. Those numbers are pretty impressive for a 34-year-old blue liner who has appeared in over 1,000 career games over 13 seasons.

And Keith has no interest in stopping anytime soon.

‘‘I want to play till I’m 45...honestly," Keith told Chicago Sun Times' Mark Lazerus and other reporters on Wednesday.

The native of Winnipeg started his NHL career in 2005-06 and has played at least 67 games each season (aside from the lockout shortened 2012-13 campaign). Keith also has 126 playoff games under his belt thanks to three Stanley Cup victories. He won the Conn Smythe Trophy as the Blackhawks most valuable player in the postseason in 2015.

Head coach Joel Quenneville says it wouldn't surprise him if Keith plays well into his 40s.

‘‘I could see it, the way he takes care of himself and his conditioning level,’’ Quenneville said. ‘‘I don’t think he’ll be playing these kinds of minutes, but I like his ambition.’’

Keith has 11 assists over 21 games this season.