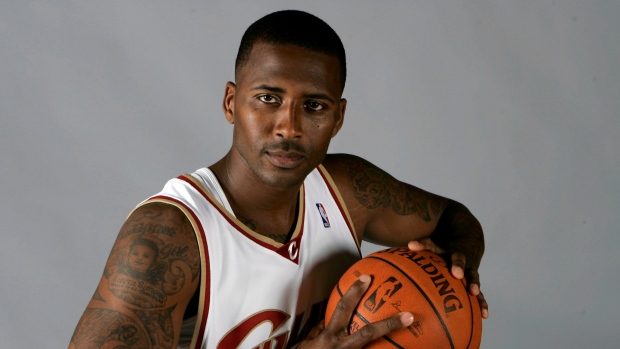 MEMPHIS, Tenn. — A judge set a new hearing date Wednesday in the Lorenzen Wright murder case to give lawyers time to prepare expert witness schedules for a trial or even reach a plea deal in the former NBA player's slaying nine years ago in Memphis, Tennessee.

Lawyers have said a trial date could be set for summer 2020. A previous trial date of Sept. 16 was postponed because of new evidence presented to Turner's defence.

Turner, a convicted felon, has pleaded not guilty to murder and conspiracy in Wright's death. The retired NBA player's decomposing body was found riddled with gunshot wounds in a swampy field in southeast Memphis in July 2010. He had been missing for 10 before his body was found.

A Memphis native, the 6-foot 11-inch Wright played 13 seasons for the Memphis Grizzlies and four other NBA teams.

Turner, as well as Wright's ex-wife, were indicted in December 2017. Sherra Wright entered a surprise guilty plea to facilitation of murder in June. Coffee sentenced her to 30 years in prison.

In a brief court hearing Wednesday, Coffee said lawyers could work to settle the case before the next hearing.

While a plea agreement with prosecutors is a possibility in any court case, there have been no negotiations on an established plea agreement, defence attorney John Keith Perry said.

Perry said he was “gearing for trial.” Perry is working to co-ordinate schedules for “50, 60” witnesses to appear at a possible trial, he said outside the courtroom.

Turner pleaded guilty in June to possessing a weapon as a convicted felon. Prosecutors say Turner had two guns when he was charged with Wright's killing. Turner has been sentenced to 16 years in prison on the separate gun charge.

Turner, a landscaper in the Memphis suburb of Collierville, attended the same church as Sherra Wright. Witnesses said Sherra Wright was the mastermind of a plan to have two men kill Lorenzen Wright at his Atlanta home, but that attempt failed, according to an affidavit.

Sherra Wright and Turner then conspired to kill the ex-player in Memphis, andthey dumped one of the guns used in the shooting in a north Mississippi lake, authorities have said. A gun that was allegedly used in the killing was found in the lake weeks before charges were filed in the case.