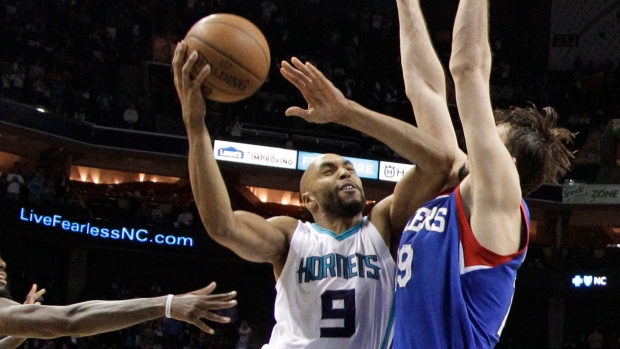 CHARLOTTE, N.C. - Guard Gerald Henderson has exercised his player option for the 2015-16 season and will remain with the Charlotte Hornets.

Henderson is set to make $6 million in the final year of his contract.

Henderson was selected by Charlotte with the 12th overall pick in the 2009 NBA draft and is the longest tenured player on the team's roster. He played in a team-high 80 games with 72 starts last season, averaging 12.1 points, 3.4 rebounds and 2.6 assists in 28.9 minutes per game.