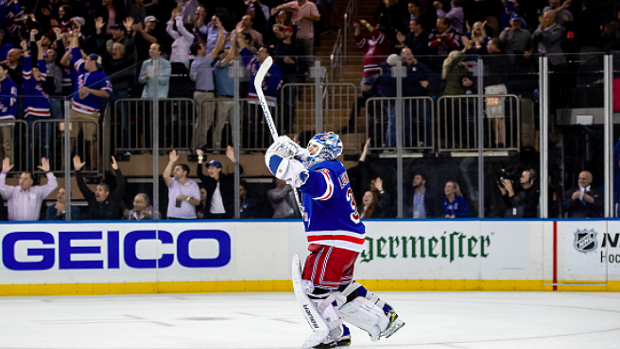 The New York Rangers will be raising Henrik Lundqvist's No. 30 to the rafters of Madison Square Garden on Jan. 28, 2022, the team announced on Monday.

No. 30 will ascend to the rafters of The World’s Most Famous Arena. https://t.co/wb5RfmpgKi pic.twitter.com/25fQqefNr5

Deemed "Henrik Lundqvist Night", the Rangers will be retiring the number of the franchise leader in games played (887) and wins (459) by a goaltender.

Lundqvist played 15 seasons in his NHL career, all with the Rangers, finishing with a 2.43 goals-against average and a .918 save percentage.

"I have probably looked at this 10 times now and I can't believe it. I'm so happy, proud and extremely grateful," Lundqvist tweeted when the Rangers first announced his number would be retired. "Can't wait to see you guys back at [Madison Square Garden]."

I have probably looked at this 10 times now and I can’t believe it.. I’m so happy, proud and extremely grateful. Can’t wait to see you guys back @TheGarden https://t.co/i4B2uom7Cu