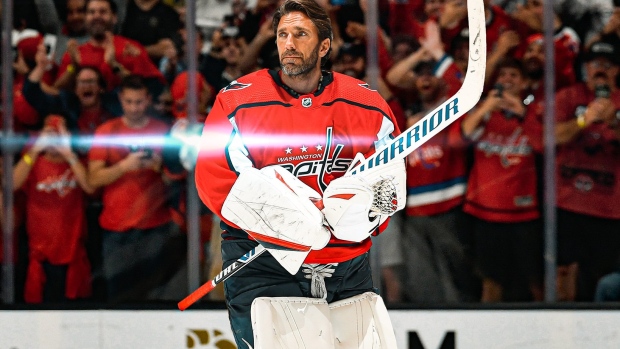 The Washington Capitals and the veteran netminder have reached an agreement on a one-year, $1.5 million deal, it was announced Friday.

The Washington Capitals have agreed to terms with goaltender Henrik Lundqvist on a one-year contract worth $1.5 million.

Lundqvist's time in New York came to an end after 15 seasons following a buyout on Sept. 30. He has been an unrestricted free agent since then but could not have officially finalized a new deal until Friday.

TSN Hockey Insider Bob McKenzie reported earlier Friday Lundqvist will receive $3 million paid out over two seasons in his buyout with the Rangers.

He appeared in 887 games over the course of that time period, making two All-Star Teams and winning the Vezina Trophy in 2012. Lundqvist's career save percentage stands at .918 while his goals-against average sits at a solid 2.43.

Defenceman Justin Schultz has also signed with the Capitals, agreeing to a two-year, $8 million contract.

Schultz, 30, had three goals and 12 points in 46 games last season with the Pittsburgh Penguins. He had one assist in four qualifying round games against the Montreal Canadiens in the NHL's Return to Play.