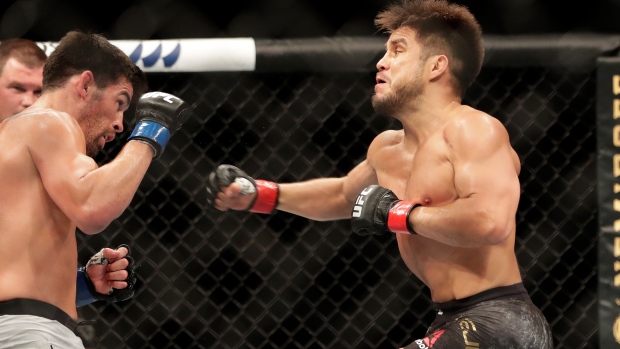 Henry Cejudo defeated Dominick Cruz to retain his bantamweight championship in the co-main event of UFC 249 on Saturday night.

Cejudo then delivered nearly a dozen unanswered blows before the referee stopped it.

Cruz argued it never should have been called because he was working to get back on his feet.

Cejudo surprisingly ended his career a few minutes later, saying he wants to spend more time with his family.

“I really do want to walk away, but money talks,” said Cejudo, an Olympic gold medalist in 2008. “It gets stagnant. I want to leave on top.”