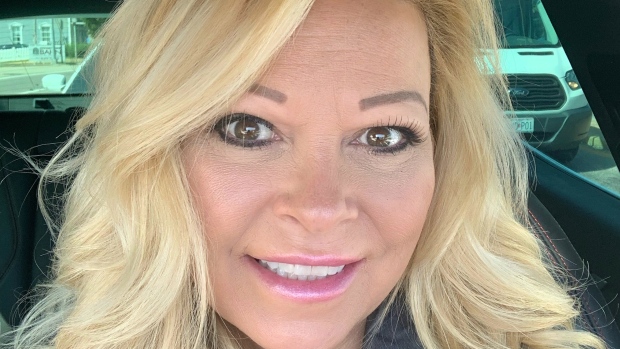 For two years, Kelli Ewen battled the National Hockey League in a legal scrap that has been akin to a venom-laced, back-alley brawl.

Ewen’s husband, Todd, a 12-year NHL veteran player, died by suicide in 2015 and Kelli argued in a lawsuit filed in 2019 in U.S. federal court in California that the league used Todd to wrongly cloud the science over brain trauma, and profited off his fighting ability while never warning him of the dangers of repeated concussions. The NHL sought intimate details of the couple's relationship.

But after settling the litigation in May – terms of the settlement are confidential – Ewen says she’s shifting her attention to a positive mission. She wants to become an advocate for the wives and partners of other active and retired NHL players who are beginning to show signs of neurological damage.

“I understand what these wives are going through, and I have to try and help,” Ewen said in a phone interview with TSN. “The biggest thing they need to know is it’s not their husbands’ fault, it’s not something he’s in control of. He’s not trying to do something horrible to you. His brain is damaged. If you know he’s not intentionally trying to do this, maybe it can help you get alongside him and walk with him in this journey, not battle with him so much as try to help find some answers.”

Ewen says she’s looking into starting her own non-profit organization to support the families of former NHL players. She’s also discussed with the NHL Alumni Association ways that it can build better awareness of programs designed to help players and their families who are struggling.

“There are funds and transition programs to help, but very few players and even fewer wives know about them,” Ewen said. “I was not able to help Todd or fix what was wrong with his brain and I didn‘t understand why he was acting the way he was. He would get angry over the smallest things. I would wake up and not know who I was getting – the sad Todd, the mad Todd, the resentful Todd. I suffered domestic abuse. There were days he laid his hands on me. Some days I felt like I was losing my mind. It was like Todd was so angry with himself that he was taking it out on me.”

Primarily an enforcer with the St. Louis Blues, Montreal Canadiens, Mighty Ducks of Anaheim and San Jose Sharks, Todd Ewen fought his way through a dozen NHL seasons, battling depression, anxiety and memory loss for the final 20 years of his life.

Ewen recently staged a fundraiser on Facebook and raised $6,000 for the Concussion Legacy Foundation in Boston, which studies neurological diseases including chronic traumatic encephalopathy, or CTE, with which Todd was posthumously diagnosed. She also plans to host a golf tournament in September 2022 to support the foundation.

With funding from the cannabis company Canopy, the association said it has been building an online platform called The Locker Room for members to better connect online. Members can upload their personal medical files to secure cloud storage for doctors to review and can review options available for medical services.

More than 75 players are now using the platform and there are plans for players’ wives to have their own Locker Room accounts, alumni association president Glen Healy said.

“I don’t care if you’re divorced or not, you are part of our family,” Healy said.

Data collected via the Locker Room app may be used to conduct a clinical study exploring the mental and physical health of former NHL players, he said.

Wendy McCreary, senior director of the alumni association’s transition program, said she can envision Ewen playing a leadership role with the wives of former players, perhaps during the monthly video conference calls the association began hosting in September.

Those calls have covered topics such as mental wellness during the COVID-19 pandemic, in addition to real estate, trust and taxation issues.

Brijet Whitney, whose husband Ray played 22 seasons in the NHL, and Kodette LaBarbera, whose husband Jason played parts of 11 NHL seasons, hosted an alumni association call in March, sharing their experiences as wives moving their families between NHL cities during their playing careers, and then transitioning into retirement.

“Kelli wants to leave a legacy for Todd and that’s noble of her,” McCreary said. “She wants wives and players to be aware if they are having issues or any emotional barriers to reach out and ask for help and not internalize it.”

Ewen said she wants to affect positive change after her last years of married life were spent living in fear and confusion.

She also wants to help the families of players better understand what CTE is, and that depression, changes in behaviour, mood swings and forgetfulness are symptoms of the neurological disease.

“If only Todd had known that he had CTE, and that it was a degenerative brain disease that researchers are working on, to detect it in the living and eventually treat it in the living, if he had that explanation and hope, I believe he’d be alive today," she said. "I don’t want anyone else to have to be in the position I have been in.”