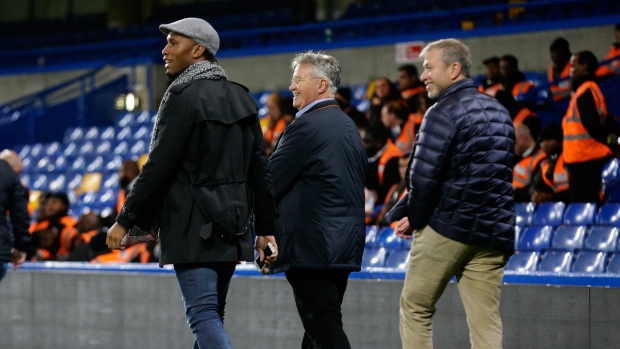 Chelsea manager Guus Hiddink confirmed on Sunday that the club plans to bring back Didier Drogba as assistant manager.

"I'd be happy to have him here," Hiddink told the Daily Mail. "At the moment he is still attached to his contract in Canada. But it is intended that he's involved."

Drogba has one year left on his deal with the Impact but according to news outlet Get West London, Abramovich is willing to buy out the contract to bring back the legendary figure.

Drogba played from 2004 to 2012 at Stamford Bridge. After a season each in China and Turkey, he returned to Chelsea in 2014-15 to help them win a fourth league championship. He led them to a UEFA Champions League title in 2012.