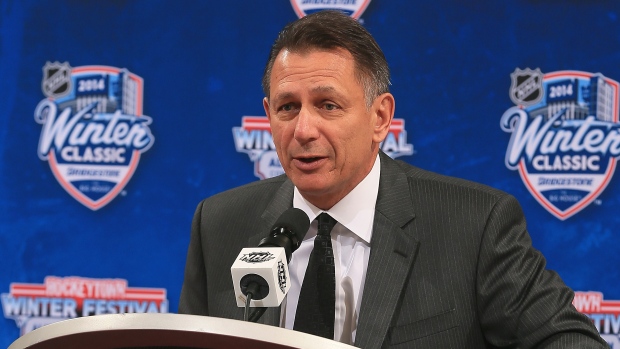 Ken Holland will be the next general manager of Edmonton Oilers, according to TSN's Ryan Rishaug.

Rishaug reported late Sunday night that Holland has accepted the Oilers' offer and an official announcement will be coming in the next few days.

Can confirm Ken Holland has officially accepted the job as Oilers General Manager. An official announcement to come in the next few days.

TSN Hockey Insider Darren Dreger added Holland informed the Red Wings and the owners, the Illitch family, of his decision on Sunday and the deal with the Oilers is believed to be for five years at $5 million per season.

My understanding is, Holland is informing the Ilitch family and the Red Wings today. And as has been speculated all week, the Oilers offer is believed to 5 years at $5 million per. https://t.co/yPApP78gf6

Dreger also reported Holland will have autonomy with the Oilers while Nicholson could take on a bigger role.

The 63-year-old, who held a senior vice-president position with the Red Wings after the arrival of Steve Yzerman as general manager, captured three Stanley Cups (1998, 2002, 2008) as Detroit's general manager from 1997 through the end of this season.