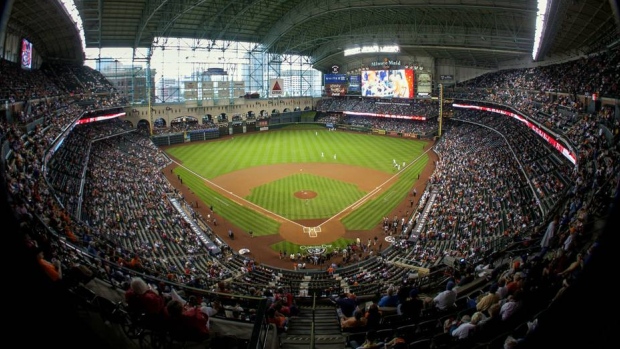 SAN DIEGO — Major League Baseball has interviewed almost 60 people and obtained tens of thousands of electronic messages in its investigation into allegations the Houston Astros broke rules by using a television camera to steal signs.

Former Houston pitcher Mike Fiers sparked the investigation when he told The Athletic last month the Astros had used the camera to steal signs in 2017 during the team's run to its first World Series title.

Baseball Commissioner Rob Manfred said last month MLB was investigating Houston's conduct for the past three seasons, and he hoped to complete the inquiry before the start of next season.

"I think that this is probably the most thorough investigation that the commissioner's office has ever undertaken," he said Wednesday at the winter meetings. "I think we've interviewed already nearly 60 witnesses, 76,000 emails, a whole additional trove of instant messages.

"That review has caused us to conclude that we have to do some follow-up interviewing. It is my hope to conclude the investigation just as promptly as possible, but it's really hard to predict how long something like that is going to take."

Astros manager AJ Hinch and Boston manager Alex Cora, the Astros' 2017 bench coach, said they had spoken with MLB investigators, and Hinch said he had been involved in several sessions. New York Mets manager Carlos Beltrán, a Houston player in 2017, refused to say whether he had been interviewed.

"At this point in the investigation it would be wholly inappropriate for me to speculate about what types of discipline might be in play," Manfred said. "I'm going to get all the facts in front of me and make a decision as promptly as possible on discipline."

MLB strengthened its rules against electronic sign stealing before the 2019 season, and Manfred said the rules are reviewed each off-season to determine whether more alterations are warranted.