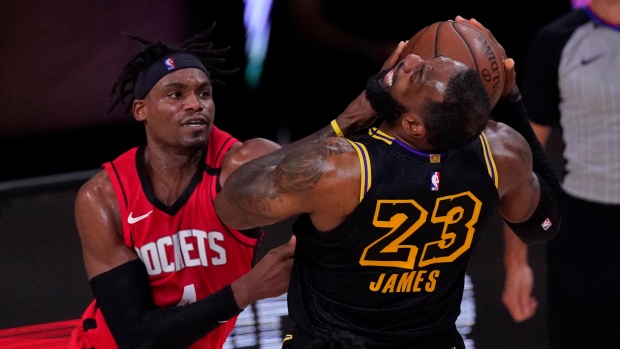 Houston Rockets forward Danuel House Jr. has been sent home from the NBA bubble for violation of campus health and safety protocols, the league announced.

"Houston Rockets forward Danuel House had a guest in his hotel room over multiple hours on September 8 who was not authorized to be on campus." The league wrote in a statement, "No evidence was found that other players or staff had contact with the guest or were involved in this incident."

“Mr. House is leaving the NBA campus and will not participate with the Rockets team in additional games this season.”

The 27-year-old was a late scratch for Game 3 due to "personal reasons" and was listed as "out" for Thursday's Game 4.