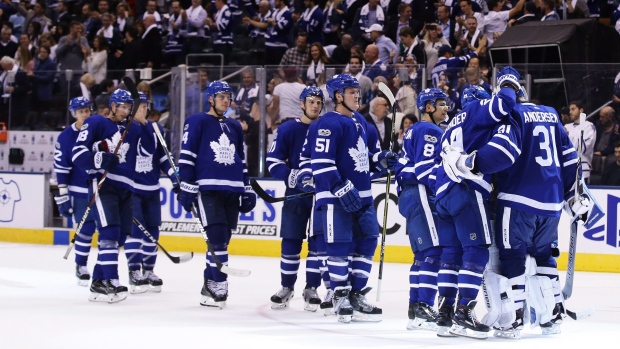 TSN Hockey Insider Bob McKenzie has a rule: “Don’t believe anything you see after two weeks, take note after three, and book it after four.”

I love that quote because every coach, fan, or executive has a different cutoff for when they start buying what they’re seeing. It raises an intriguing question: At what point in the season should hockey people start to believe – for better or worse – in the results? More specifically, how many games does it take for us to start feeling reasonably confident about a team’s true talent?

Think about the implications for just this season. Most teams are about five games in. Is that sample completely meaningless? Probably not, since that’s zero to 10 possible points already banked. But, to Bob’s point, it’s also difficult to qualitatively tease out what’s real right now. Are the Toronto Maple Leafs and Chicago Blackhawks legitimate Cup contenders? Are the Vegas Golden Knights and New Jersey Devils going to compete this year? Are the New York Rangers and Buffalo Sabres in trouble?

Here’s how that divide has historically trended, game by game: 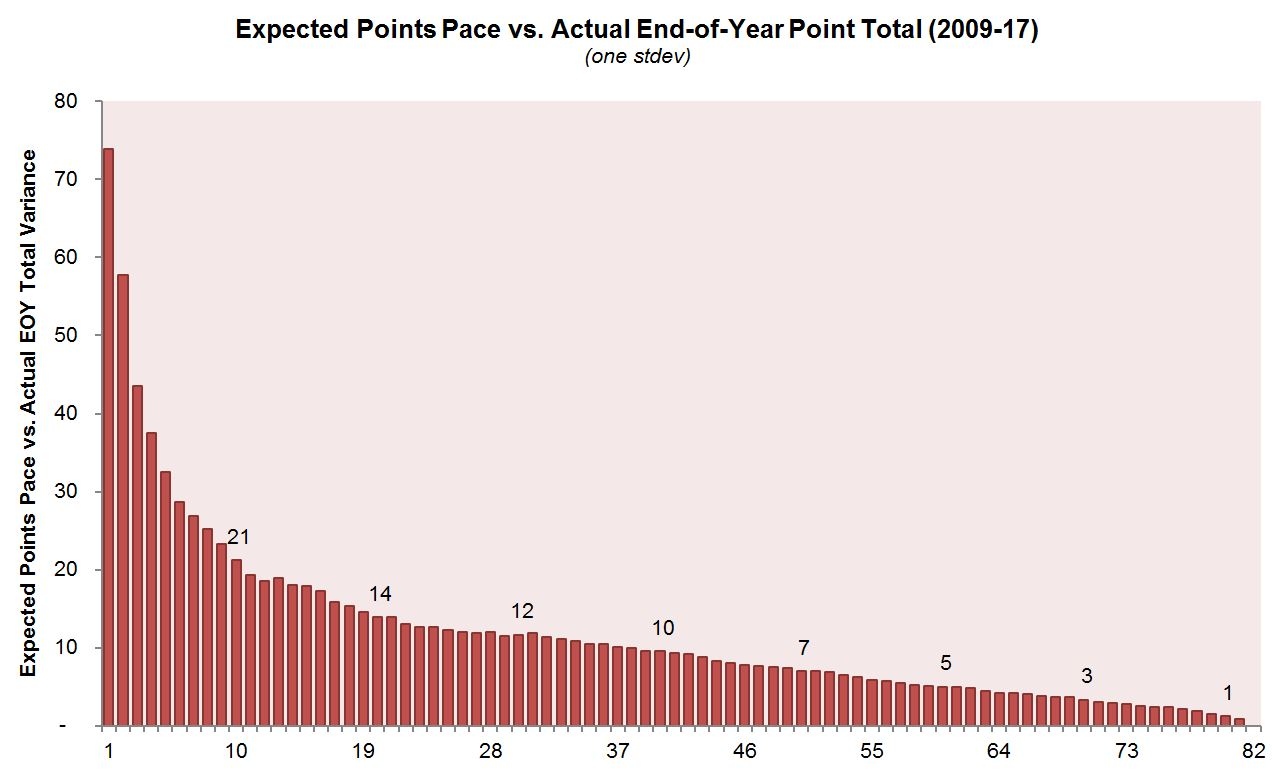 I notated the average variance from a team’s expected point pace versus their actual end-of-year total at every 10-game mark. The number outlined is the range a team could reasonably add or subtract to its current point pace to get a feel for an expected landing point.

How would this work in practice? Let’s take last year’s Toronto Maple Leafs as an example. The Leafs, if we recall, got off to a slow start during the month of October, but rallied to be a consistent, quality team for basically the remainder of the season. Knowing what we know from the above intervals, how would our forecast apply to last year’s club? 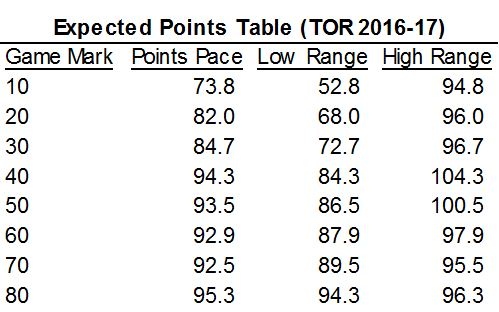 In Toronto’s case, we started to genuinely know they weren’t a “bad” team somewhere between the 30 and 40-game mark. By then, their “low range” was well above 80 points, meaning that even if things soured down the stretch, it was still very likely that they’d finish with a respectable point total. Their “high” range at that time jumped above 100 points, too, and only scaled back marginally over the second-half of the season.

Thirty games is a fairly long time. By the NHL calendar, that’d take us into mid-December. I think it speaks to the general uncertainty and volatility of the league – teams can, by talent and/or sheer randomness, go through incredible winning and losing streaks at any point in the season. That, along with player movement, team health, the omnipresent rule of regression, and many other variables we are blind to in this simple analysis can greatly impact a team’s fortune.

For what it is worth, other looks at this have reached similar conclusions. Micah Blake McCurdy took a different approach and found that a team’s true talent becomes incredibly obvious at the 25-game mark.

This, of course, does not mean that the first few weeks of a season are meaningless. Those games lay an important foundation. As the games accrue, our knowledge of a team’s true talent rapidly increases.

And to that end, Bob is right on both fronts. The first couple of weeks are very noisy, but our understanding of those teams strengthens as time elapses. Depending on how strong you want your belief in a team to be, you might want to let the NHL calendar roll into November or December.