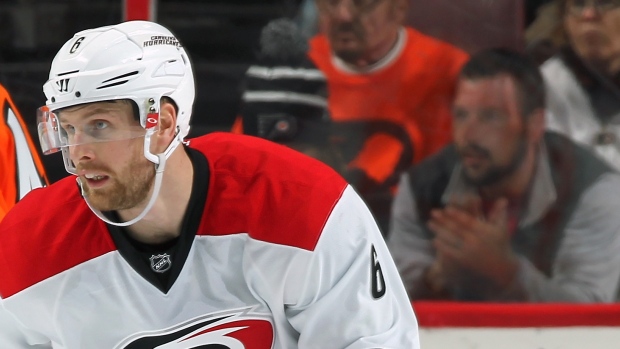 RALEIGH, N.C. — The Carolina Hurricanes have agreed to a one-year contract with defenceman Klas Dahlbeck.

Dahlbeck had two goals and four assists in 43 games this season while averaging about 14 minutes of ice time. Carolina claimed him off waivers from Arizona in October.