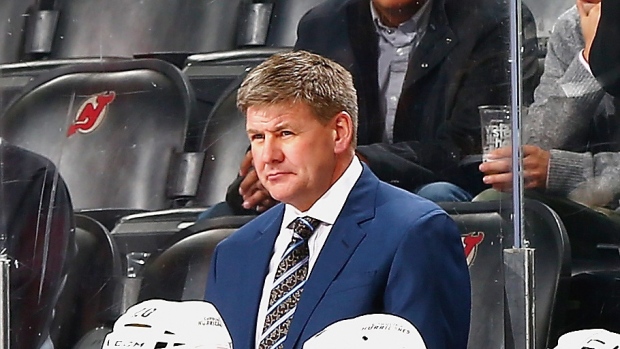 Peters is in his fourth season as head coach of the Hurricanes and has never reached the postseason with the team. The 53-year-old is under contract with the Hurricanes through next season, but owns an opt-out clause to walk away this summer.

Dundon said he doesn’t believe Peters is the cause of the team’s struggles and trusts in him to make the right decisions for the franchise.

“The question is whether going forward he can get the most out of these guys and he knows that. Bill knows that. And if he believes it, then I believe it.”

If Peters were to walk, the team would be without both a head coach and a general manager.

Dundon moved general manager Ron Francis to the role of president of hockey operations shortly after buying the team and has yet to find his replacement. Dundon said Sunday he may opt to have an unorthodox general manager-by-committee using the team’s current front-office staff.

“Through this process, I'm learning a lot,” Dundon said. “What I didn't want to do is make a decision for the direction of the franchise without having more information. I think I came to the conclusion through the process that we have the people that can do it if we manage them properly and get the most out of them.

“I don't think you're looking for one person who saves you. You're trying to get the most out of all your resources and get everybody to feel a part of it and go through the right structure and process to come to conclusions and decisions. I think I'm qualified to put in those processes in place and I think we have a lot of good people who know hockey when it comes to evaluating talent.”

Luke DeCock of The News and Observer reports Dundon attempted to give lowball offers to the assistant general managers he interviewed around the league, at roughly half of the $1 million salary expectation.

Dundon became majority owner of the Hurricanes franchise in January. The Texas businessman has since taken a hands-on approach to the franchise, which began with moving Francis out of the general manager role.

The Hurricanes have missed the playoffs in nine consecutive seasons.