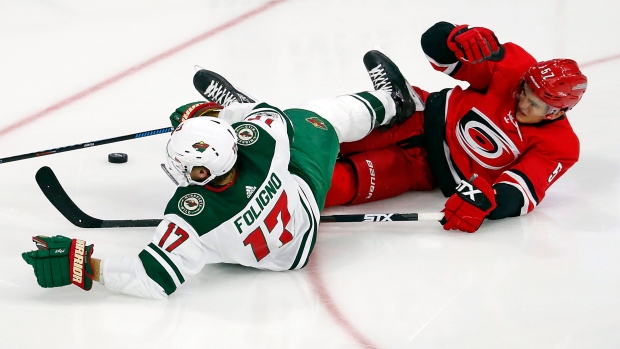 Carolina Hurricanes defenceman Trevor van Riemsdyk has been diagnosed with a concussion and is going through concussion protocol, according to head coach Bill Peters.

The 26-year-old hasn't skated with the team for the past couple days.

After being selected by the Vegas Golden Knights this summer in the expansion draft, the former member of the Chicago Blackhawks was traded to Carolina (alongside a seventh-round pick) for the Canes' second-round pick in the 2017 Draft.