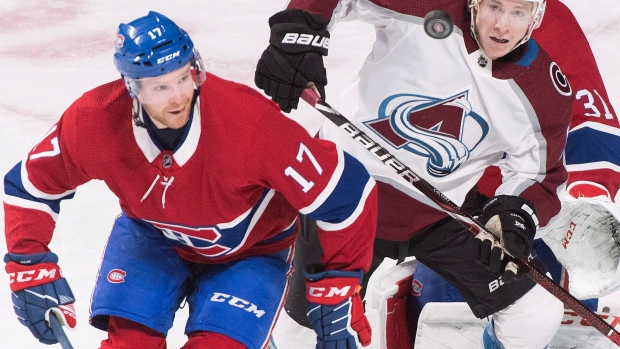 Kulak returns to the lineup after being a healthy scratch for the last two games, taking the spot beside Petry which Chiarot had occupied since day one of training camp.

Weal and Suzuki swap places on 2nd and 4th lines, which had been an in-game adjustment last Wednesday in Buffalo, and continued the next night vs Detroit until Weal got hurt 8 minutes into the first period.

Jim Montgomery said Corey Perry's debut (he's been out with a fractured bone in his foot) is probably going to come Friday at Pittsburgh.

Dansk recorded a 27-13-2 record during last season to go with a 2.46 GAA and a .913 save percentage during the regular-season with the Wolves