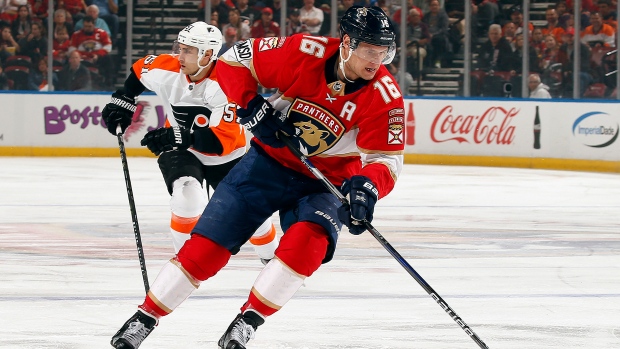 Andreas Johnsson said he’s good to play tonight vs. CBJ, was just a big bruise he suffered blocking Carlo’s shot. Asked if he’s still in any pain, Johnsson said no, so he’s happy they were cautious in pulling him out of Saturday’s game.

Head coach Joel Quenneville said Aleksander Barkov is good to go Tuesday against the Pittsburgh Penguins after leaving Saturday's game against the Nashville Predators in the first period.

Barkov left the Panthers' shootout win over the Nashville Predators in the first period. The 24-year-old has six assists in eight games for the Panthers this season.

In other Panthers injury news, centre Vincent Trocheck did not participate in practice Monday. Trocheck missed some time Saturday against the Predators after blocking a shot but returned to the game. Newly-signed centre Brian Boyle will play Tuesday.