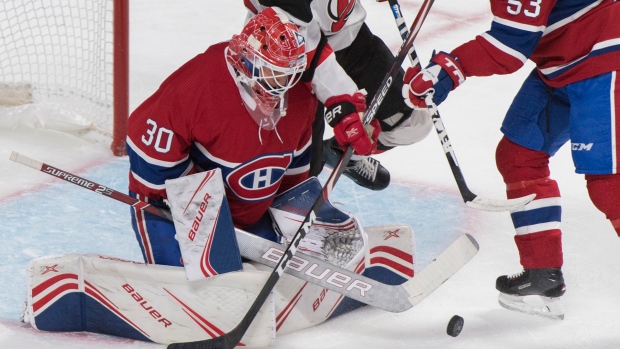 The Canadiens announced that they have sent goalie Cayden Primeau and defenceman Otto Leskinen to the AHL's Laval Rocket.

The Montreal Canadiens announced today goaltender Cayden Primeau and defenseman Otto Leskinen have been reassigned to the AHL Laval Rocket.#GoHabsGo

- Mike Smith And Chris Russell were back on ice with the team. Smith had been battling a flu and had yet to skate with the group in camp. Russell took a bump in a captains skate and was in concussion protocol

The Blackhawks have assigned goaltender Kevin Lankinen to the AHL's Rockford IceHogs, the team announced late Saturday night. This leaves their roster at 32 (18 forwards, 11 defencemen and three goalies).

ROSTER MOVE: Goaltender Kevin Lankinen has been assigned to Rockford.

Englund and Klimchuk have to clear waivers before being assigned to the AHL.

Here are the Winnipeg Jets lines ahead of their Sunday matchup against the Calgary Flames.

Here are the Pittsburgh Penguins lines for Sunday's game against the Detroit Red Wings.