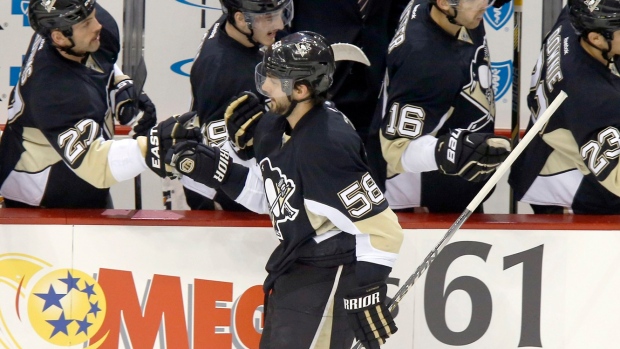 Evgeni Malkin returns the to the lineup on Sunday, but the returns of defencemen Christian Ehrhoff and Kris Letang appear further away for the Penguins.

Coach Johnston wasn't optimistic that Ehrhoff will play Tuesday in Ottawa. "Doesn't sound like it's going to happen right now."

Jonathan Bernier to start in net against the Senators tonight.

Peter Holland is expected to return for the Leafs. Holland has missed 10 games with a lower-body injury.

Tobias Enstrom is considered day-to-day but Ben Chiarot, activated off injured reserve, is expected to take Enstrom's spot in the lineup Monday night against the Wild.- TSN

G Brad Thiessen was recalled from the Adirondack Flames of the American Hockey League. - Team Release