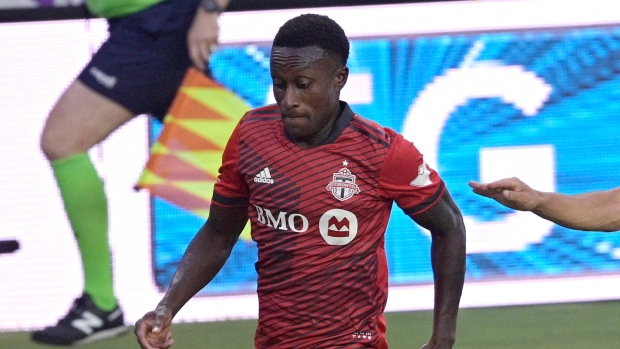 Canada is currently ranked 51st on FIFA's men's list, but following another unbeaten World Cup qualifying window last week – when the Canadians tied both Mexico and Jamaica in away games before beating Panama 4-1 at BMO Field in Toronto – it is expected to crack the top 50 for the first time since since 1997.

UPDATE: Canada was ranked No. 48 in the October FIFA rankings

Canadian players hoping to secure moves to England will gain an immediate advantage because of new English transfer rules following Brexit. The English Football Association instituted a 15-point standard to obtain a Governing Body Endorsement (GBE) and earn a work visa in order to complete a transfer.

If a player who plays for a country inside FIFA's top 50, and has played 70-to-100 per cent of his country's games in the previous 24 months before a potential transfer, he will automatically earn 15 points toward completing his transfer. If a player plays 60-to-69 per cent of a top-50 country's games, he will earn 10 points, but can make up the remaining points in other ways.

The FA also allots points for the quality of league that a player plays in, and previous club season results. European leagues like Germany's Bundesliga, Spain's La Liga, France's Ligue 1, and Italy's Serie A are considered top tier countries, while Major League Soccer is considered a tier 4 league. More points are also given to players who feature in the UEFA Champions League.

Laryea, who was born in Toronto, will benefit because English clubs were interested in Laryea this summer, sources tell TSN, but Canada's previous world ranking and MLS' tier 4 league standing with the FA meant Laryea couldn't secure enough points.

In the past year, there have been numerous reports of growing English interest in both David and Larin. This past summer, English giants Liverpool were keeping tabs on David's success with Lille, sources told TSN.

Canada returns to action in World Cup qualifying for Qatar 2022 against Costa Rica on Nov. 12 and then face Mexico on Nov. 16, with both games in Edmonton.