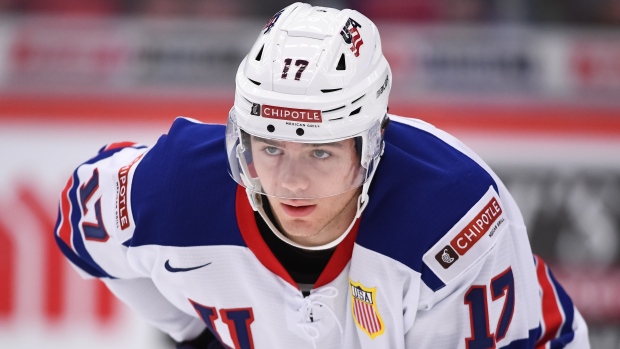 The IIHF announced Sunday that they have issued a one-game suspension to American forward John Beecher for his hit on Eemil Erholtz in the quarterfinals against Finland.

The IIHF has issued a one-game suspension to @usahockey forward @JohnWbeecher. He will be ineligible to compete for one game at the 2021 #WorldJuniors. https://t.co/0xIWvGayZI

The ban means he will be ineligible for one game at the 2021 World Juniors in Alberta.

The hit, delivered to Erholtz's back, happened in the first period of Thursday's matchup and caused him to go head-first into the boards.

From the IIHF news release:

The Disciplinary Panel determined that Beecher’s conduct during the incident was overly aggressive and irresponsible – not only because Beecher drove his body into the back of Erholtz when delivering the check – but also because Beecher, being aware of Erholtz’s vulnerable position, still made the decision to deliver a hard check. Beecher’s actions were dangerous, created a serious risk of injury to Erholtz, and violated IIHF Official Rule 119 (Boarding).

The Americans went on to lose the matchup 1-0, while the Finns eventually fell 3-2 to Sweden in the bronze medal game.