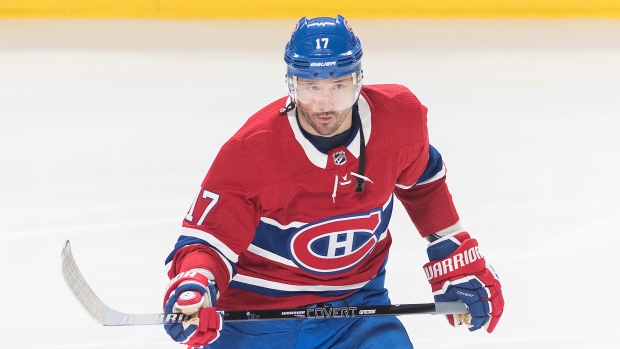 We routinely see one-year, league-minimum ‘prove it’ contracts handed out at the NHL level. What we don’t often see is one of those deals tendered to a possible Hall of Famer, as is the case with Montreal and the 36-year-old Ilya Kovalchuk.

Kovalchuk’s career has been one hell of a roller-coaster ride. The star Russian sniper plied his trade for years with an Atlanta Thrashers franchise that could not get out of its own way prior to relocating to Winnipeg. It’s been a while now – more than a decade, if you want to feel old – since Kovalchuk’s last Thrashers game, but the truth is they all looked the same. The team was routinely overpowered, and in the fleeting moments they did have success, it was usually their vaunted top line – driven by Kovalchuk with players like Todd White, Mark Recchi, Marian Hossa and Bryan Little around him – doing all of the work.

His post-Thrashers career has been even more dizzying. He infamously signed a 17-year contract with the New Jersey Devils (the sides later agreed to a 15-year deal after the original contract was blocked by the league for circumventing the salary cap) and nearly won the Stanley Cup during the 2011-12 season, pulling up just short against a juggernaut Los Angeles team.

He followed that up by shockingly retiring from the NHL in 2013, heading home to Russia to play for SKA Saint Petersburg in the KHL for the next four years.

When he ultimately decided to return to the NHL, he picked possibly the worst landing spot for a player of his skill set – an aging, slow Los Angeles Kings team devoid of playmakers and eyeing a serious rebuild. The arrangement was a disaster and ended unceremoniously in December.

The interesting thing about Kovalchuk – and we have seen this from other world-class shooters – is that while his sheer athleticism and skating speed have diminished with time, his shot has not. We saw that from time to time in Los Angeles, and it’s why some fans in Montreal – a high-end skating team with limited finishing talent – believed a “last ditch” marriage could work. Has it ever.

In just 11 games with the Canadiens, Kovalchuk has five goals and nine assists. Add it to his early season totals with the Kings, and Kovalchuk has scored at a 53-point pace (per 82 games). What’s clear in Montreal is that, especially at 5-on-5, the Canadiens have found a pair of players to complement Kovalchuk.

Kovalchuk was moved to another line when Brendan Gallagher returned from injury – this one featuring Nick Suzuki and Joel Armia – where his teammates (a) were comfortable playing a quick transition, high-tempo style of hockey; and (b) in need of a shooter to help finish attacking sequences.

Perhaps most notably: with Gallagher out, Kovalchuk stepped in and Montreal’s top line didn’t miss a beat. That is a huge complement considering just how impactful Gallagher is – a player in his prime playing years: 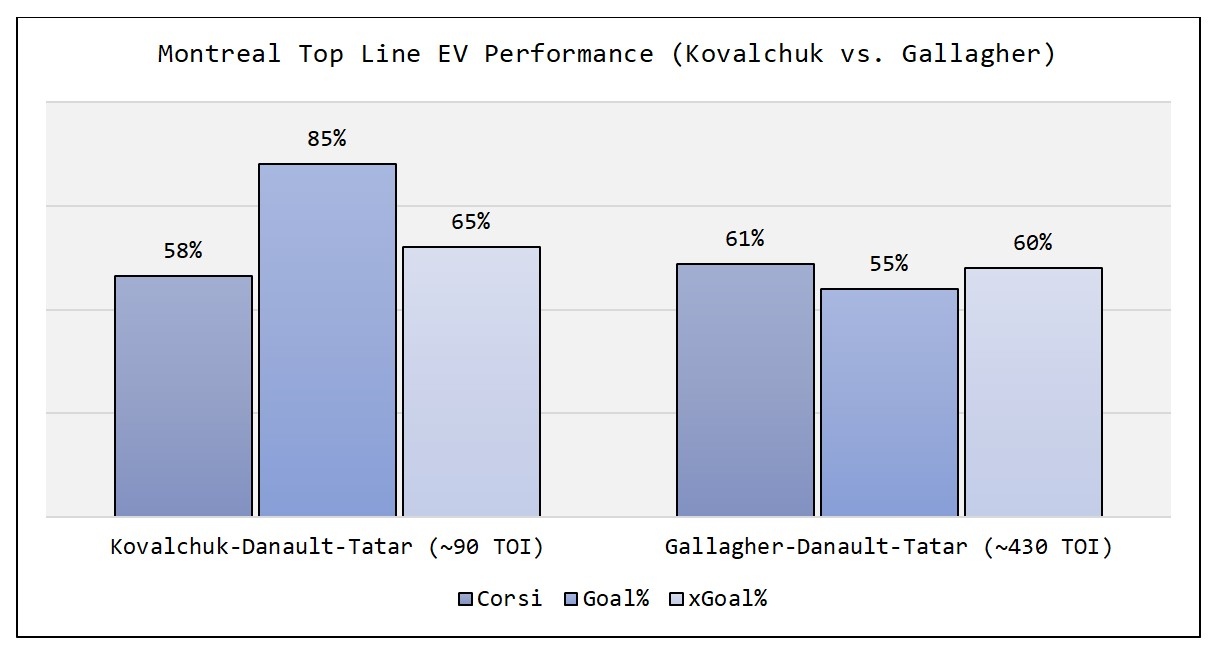 So much of hockey is finding the players who can capably complement one another – chemistry on a forward line or defensive pairing is a real thing, and the coaches who can find the right mix are usually the ones that stay behind the bench for a long period of time.

Regardless of whether Gallagher was in or out of the lineup (which, historically, has been a huge barometer for whether or not the Canadiens top line will have any success), Montreal has been productive at the top this season. A lot of that is because the interchange between Gallagher and Kovalchuk was quite smooth.

It’s fascinating to watch how the shots fall with players like Gallagher (as high a volume a shooter as you can find in the league) and Kovalchuk (arguably one of the best snipers the league has had over the last two decades). When Gallagher has been on the ice, Montreal is flurrying shots at goaltenders left and right – it explains the huge shot advantages that line tends to carry, and also explains why the Gallagher lines tend to play such little time in the defensive zone.

Kovalchuk has seen some incredible offence generated in his own right, but you can see that offence tends to not be a ‘from anywhere, by anyone’ style – the offence tends to navigate towards the circle, something that’s been consistent for Kovalchuk since he’s entered the league: 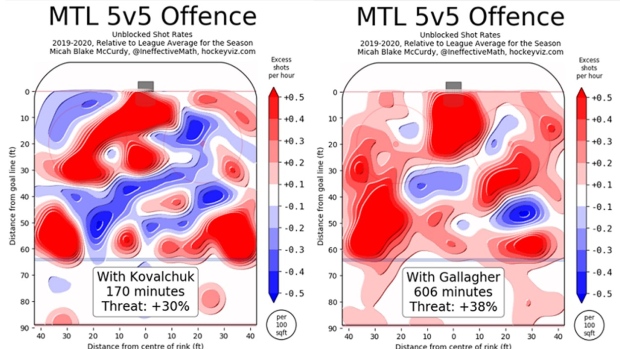 I think Julien will stick with the Gallagher trio with a fully healthy lineup, but what a find by a Montreal organization that was willing to make a smart, low-cost bet on a player who seemingly still had something left in the tank.

Kovalchuk has looked completely re-energized in Montreal, and even though the Canadiens may be in tough to reach the playoffs this season, he has been quite a positive contributor. And if Montreal chooses to be a seller at the trade deadline and looks at flipping Kovalchuk, it's a safe bet they'll get more as part of the return than Los Angeles did.