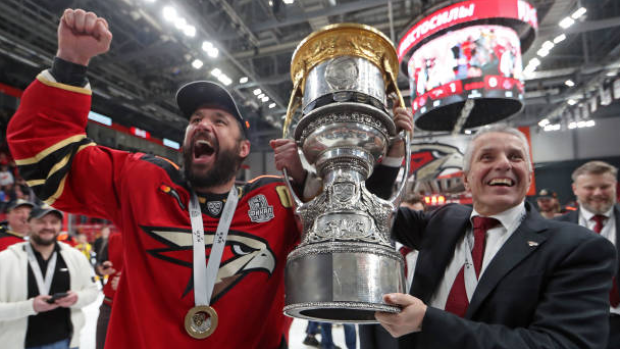 Ilya Kovalchuk is a free agent.

The 38-year-old forward mutually terminated his contract with Omsk Avangard on Friday, just days after winning the KHL's Gagarin Cup.

So... where to, Kovy? 🤔 pic.twitter.com/sHJohWxvIS

Kovalchuk scored five goals and posted 17 points in 16 games this season, his first back in the KHL after two years in the NHL. He added four goals and nine points in 24 playoff games.

A veteran of 926 career NHL games, Kovalchuk was traded from the Montreal Canadiens to the Washington Capitals at the trade deadline last year, having mutually terminated his contract with the Los Angeles Kings just three months earlier.

He had 10 goals and 26 points in 46 games across the three teams last season and added one assist in eight playoff games with the Capitals.

Selected first overall in the 2001 NHL Draft by the Atlanta Thrashers, Kovalchuk has 443 goals and 876 points over his NHL career with the Thrashers, New Jersey Devils, Kings, Canadiens and Capitals.