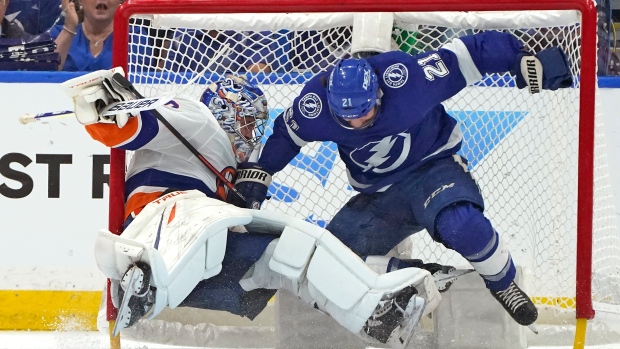 New York Islanders starting goalie Semyon Varlamov returned to the net for the start of the second period after leaving in the first following a collision with Tampa Bay Lightning forward Brayden Point in Game 2 of their third-round series Tuesday night.

Point appeared to be shoved into Varlamov by Islanders defenceman Adam Pelech, but was handed a two minute minor penalty for goaltender interference. The Islanders proceeded to score on the power play and even the score at 1-1.

Backup goalie Ilya Sorokin played the last the 6:50 of the opening period in Varlamov's absence.

New York took the opening game of the third-round series on Sunday.