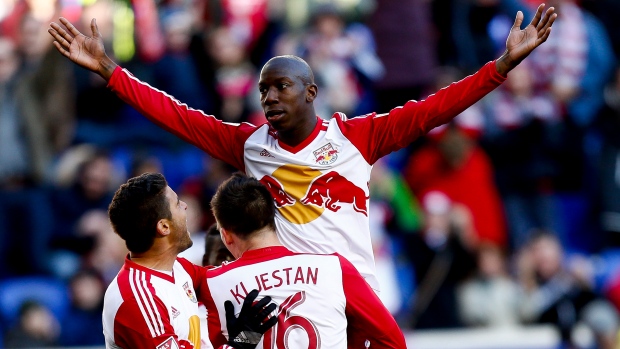 ORLANDO, Fla. - The Montreal Impact fell 5-0 to the New York Red Bulls in their first action of the Major League Soccer pre-season on Thursday.

The game was played in three 45-minute periods, each with different lineups. The Red Bulls took the first 2-0, the second 2-0 and the third 1-0.

Bradley Wright-Phillips scored both goals for New York in the first period when the teams had most of their starters on the field.

"I'm generally pleased with what I saw," said Impact head coach Mauro Biello. "For the most part, we had them unbalanced.

"All that was missing was the finishing. In terms of the play, possession and creating chances, I think we were better. They capitalized on their chances, but in terms of the level, we were good, except for a couple of lapses that lead to goals."

Captain Patrice Bernier said: "We started the game really well and had a lot of chances, but we weren't as efficient. They've already played four games, while this was our first, and it showed."

Of note was the return to action of forward Cameron Porter, who blew out a knee in the second game of the regular season and missed the rest of the 2015 campaign.

The Impact return to Montreal on Friday and will continue training camp at Olympic Stadium next week. They have a friendly game against their USL club FC Montreal on Feb. 13.

They return to Florida on Feb. 15, when star striker Didier Drogba is to arrive at camp. The Impact will play in the Tampa Bay Rowdies Suncoast Invitational in St. Petersburg, Fla. Feb. 15 to 28, playing games against New York City FC, D.C. United, Toronto FC and the Rowdies.

They open the regular season March 6 in Vancouver.