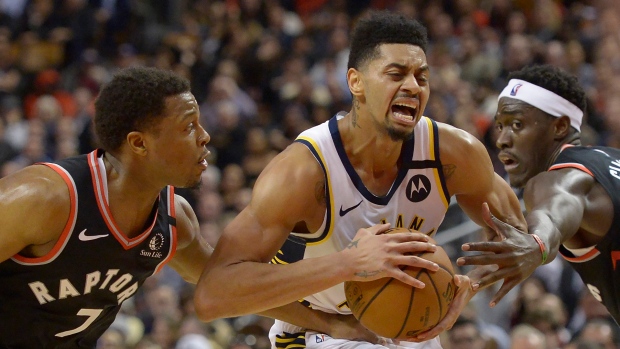 Indiana Pacers guard Jeremy Lamb suffered a torn anterior cruciate ligament (ACL) Sunday night during the team's game against the Toronto Raptors, the team announced. The injury will keep him sidelined for the remainder of the season.

Lamb went up for a layup and landed awkwardly after being fouled by Toronto's Terence Davis. Lamb exited the game with 9:52 remaining in the second quarter.

Lamb averaged 12.5 points and 4.3 rebounds in 46 games for the Pacers this season. He signed with Indiana last July after spending time with the Oklahoma City Thunder and Charlotte Hornets.