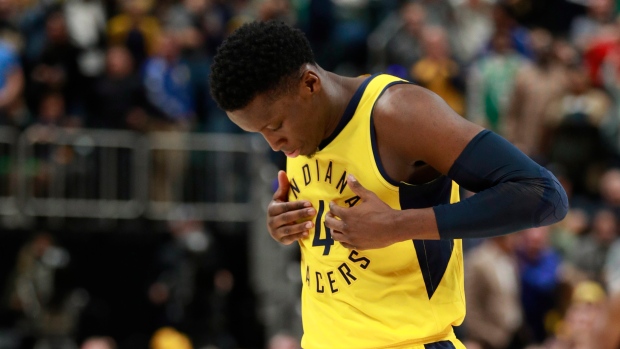 According to Indiana Pacers head coach Nate McMillan, guard Victor Oladipo is unlikely to play when the team opens its season on Oct. 23 as he continues to recover from a ruptured right quad tendon.

"I just know that the 23rd of October he probably won't be there," McMIllan said via the team's website. "But the time frame, honestly, we have no idea."

"He's doing great," McMillan said. "He's not playing live, but he's moving and he's in a good position mentally. I like what I see with him."

Oladipo has spent much of the season working out in Miami but still has no firm timetable to return to game action.

The 27-year-old was injured in a game against the Toronto Raptors in January and missed the remaining two and a half months of the season.

This will be his third season in Indiana after coming over in a deal with the Oklahoma City Thunder.