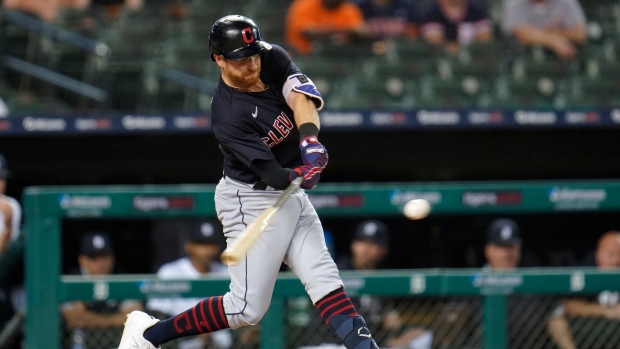 It was Cleveland's third trade of the day and fourth in 24 hours after they sent second baseman Cesar Hernandez to the Chicago White Sox on Thursday.

The Indians view Battenfield as a potential long-term starter. The 23-year-old split this season between High-A and Double-A, going 5-0 with a 2.14 ERA in 14 games. He'll report to Double-A Akron.

Luplow has been on the injured list since May 28 with a sprained left ankle. He initially got hurt while working out in Arizona before camp opened. The 27-year-old was batting .173 with seven homers and 20 RBIs in 36 games.

Johnson spent most of the season at Triple-A Columbus, going 1-2 with six saves and a 3.32 ERA in 21 relief appearances.