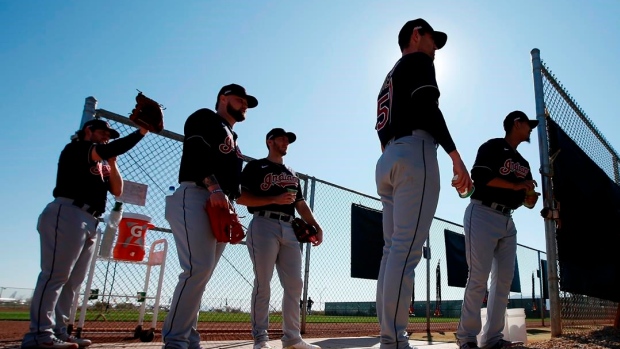 Indigenous activist Douglas Cardinal applauded the Cleveland Indians on Tuesday for planning to change their team name and predicted it could have a "ripple effect" on other clubs with similar monikers.

The American League franchise announced Monday that it will drop the name it has been known by since 1915.

"I'm so glad that everybody did their job and realized that that (name) wasn't right," Cardinal said Tuesday from his Ottawa home.

Cleveland's Major League Baseball team will continue to use its current name until a new one is chosen, a process that's expected to take at least a year.

Team owner Paul Dolan said the decision was made after months of internal discussions and meetings with groups, including Native Americans who have sought to have the club stop using a moniker many deem racist.

The 86-year-old Cardinal, a renowned architect, filed human rights complaints in 2016 in an attempt to stop the team from using the Chief Wahoo logo during a playoff series in Toronto against the Blue Jays.

The cartoonish image of a big-toothed man with a scarlet face and single feather in his headdress had been used by the team on caps and uniforms since 1947.

Cardinal said the proceedings were resolved two years later. Cleveland dropped the image from its gear for its final series at Rogers Centre in 2018 and made the full-time switch the next season.

"That was an amazing follow-through ... I was just happy to see that everybody really did their jobs well and communicated well and resolved everything to everybody's satisfaction," Cardinal said. "And that created the opportunity for them to make the changes they felt were necessary, which they did, which is amazing. I congratulate them."

The team had been transitioning away from Chief Wahoo in years before the change, switching to a block “C” logo in many areas. Word of the team's latest change came after the recent retirement of some prominent longtime nicknames.

However, several notable pro franchises — including the NHL's Chicago Blackhawks, MLB's Atlanta Braves and the NFL's Kansas City Chiefs — are sticking with their team names.

"We can't change the world overnight but when some people change, they create a precedent and others feel that they should as well," Cardinal said. "So I think it has a ripple effect. Pretty soon I feel that others will feel that that's bad manners.

"So (Cleveland has) created a positive precedent and they should be admired for doing that."

Cardinal first decided to take action after noticing the Chief Wahoo figure during a game in 2016. He felt the mascot "ridiculed the images of First Nations people."

"We shouldn't do that to each other," he said. "We should treat everybody with respect. I've always been concerned about human rights."

Cardinal, who graduated from the University of Texas at Austin in 1963, said he was inspired to use his voice after witnessing integration efforts at the school.

He felt members of the Black and white communities displayed bravery and developed a respect for each other to create a more honourable and just society.

"I think that it's so important that when you see something that isn't right, that you make it heard," Cardinal said. "Because the horrible thing is just standing by and watching things happen that you know in your gut are not right."

And when he looks back on his personal journey to make a change on the baseball front, he feels the effort was well worth it.

"Of course it was," he said. "And it's a good beginning for many issues."

This report by The Canadian Press was first published Dec. 15, 2020.