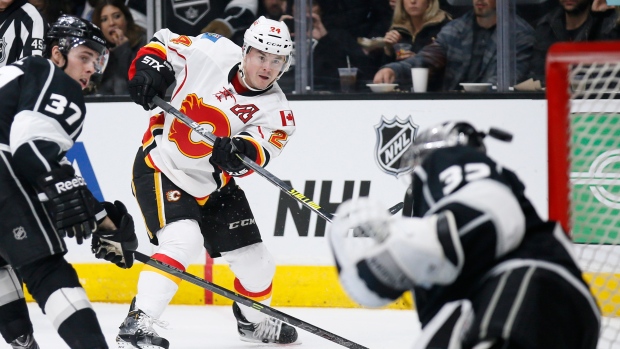 There are three critical components of forecasting at the player level. The first is being able to properly identify a player's peaks and valleys as a performer. The second is knowing when the laws of regression will come into play, and to what extent regression will shape future outcomes. The third is applying these concepts on the player acquisition front – knowing when to consider selling on overvalued assets, and knowing when to consider buying on undervalued assets.

Pinning perception against reality isn't the easiest of tasks, but there are a number of statistical measurements that have historically done the job pretty well.  One common example is that of a defenceman who rides a very high on-ice save percentage to impressively low goals against totals. On-ice save percentage is not a particularly repeatable skill, which brings into question what kind of talent impact – if any – the defenceman can actually have on his goaltender's ability to stop pucks. If the player's perceived value is affected by his on-ice save percentage, it offers real opportunity for a savvy trader to enter the market and instantly benefit.

Another metric I like to look at is 'Individual Point Percentage' ("IPP"), which shows how frequently a player was awarded a point in an event his team (a) scored; and (b) the player was on the ice. Much like our on-ice save percentage example for defencemen, IPP regresses substantially towards league averages. On average, forwards usually receive a point on about 68 per cent of goals scored when they are on the ice. That number sits at about 30 per cent for defencemen.

Context is key: we simply can't treat all players as equals in a hockey vacuum. Sidney Crosby (84.8 per cent) and Erik Karlsson (49.4 per cent) lead career IPP and it's not a fluke – they're constantly involved in the run of play, and as such, pick up extra points along the way. If we want to identify outliers, we must first observe strong deviations from the league norms, and then observe strong deviations from a player's career norms.

By coincidence, the Calgary Flames of 2014-2015 offer perhaps two of the best examples of IPP and how we can use it to shape future predictions.

On the high end sits Jiri Hudler. Hudler has always been a respectable NHLer, but his point production exploded last season – nearly 20 points more than his prior career high. Now, it's not impossible that an NHLer found the right system, the right teammates, and the right environment to flourish. But, for a player over the age of 30, those numbers seem just a tad askew.

So, let's look at Hudler's IPP and see if there's anything out of the ordinary.

You'll notice that Hudler's IPP more or less sat around the league average in each of the last six seasons. In 2014-2015, Hudler's IPP jumped up to 90 per cent. In other words, Hudler's received a point on nine of every 10 goals Calgary scored with him on the ice. At season's end, only Vancouver's Daniel Sedin had a higher IPP (92.3 per cent) among regular forwards.

This should not take away from Hudler's impressive season, nor should it act in any way as a mark against the player. Hudler is a bona fide NHL talent with years of performance under his belt.

What this highlights is an opportunity the analytically savvy general manager can find and perhaps exploit, if he so desires. There may be trading partners around the league who have to some degree bought into Hudler's outstanding 2014-15 season by raw point-scoring, when a large part of the divergence from his career norm is simply related to random variance, something entirely out of the player and team's control.

Let's look at another player in David Schlemko. Schlemko, currently an unrestricted free agent, played 43-games last season (19 with Calgary in the regular season). Schlemko was a solid contributor, but the points never materialized.

The larger case for Schlemko as a bit of an underrated depth defenceman has been made before, but we'll focus strictly on how IPP may be adversely influencing opinion of him as he waits for a potential contract in free agency.

If you're a general manager looking at this, you have to conclude one of the following: (1) David Schlemko randomly forgot how to play offence; or (2) David Schlemko was rather unlucky. To me, the answer here is pretty decisively the second option.

Individual Point Percentage ("IPP") is a great way to identify and explain potential outlier performances in a given season. Teams who are cognizant of the effects of IPP and the principles of regression analysis can use IPP to steal talent as it becomes cheaply available, and send away talent that reaches a peak price by virtue of favourable random variance.