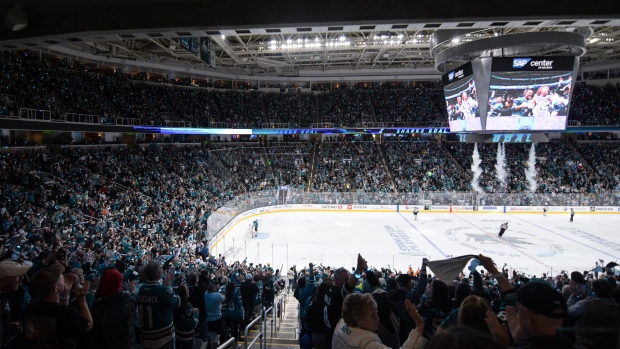 The National Hockey League’s decision to reject a public health board’s recommendation to postpone a game in San Jose Thursday night is being criticized by several infectious disease experts who say indoor venues such as NHL arenas are ideal breeding grounds for the spread of coronavirus.

The Santa Clara County department of public health recommended Thursday that the NHL delay a game in San Jose between the Sharks and the Minnesota Wild. There are at least 24 documented cases of coronavirus in Santa Clara County, Calif., the public health department said, with four new cases on Friday, adding that avoiding large gatherings may help slow the spread of the virus.

The NHL rejected the department’s recommendation and hours later went ahead with the game. (The announced attendance at SAP Center was 14,517, a season-low.) The Sharks said Friday that the team would proceed with a game on Saturday night in San Jose against the Ottawa Senators. The American Hockey League’s San Jose Barracuda will also play a game Friday night in the SAP Center.

The San Jose Earthquakes of Major League Soccer also said Friday the team planned to proceed with a game scheduled for Saturday against Minnesota United FC.

“In the face of a pending pandemic, the last thing we should be doing is bringing thousands of people together in close proximity for a prolonged period of time,” Dr. John Swartzberg, an infectious disease specialist at the UC Berkeley School of Public Health, wrote in an email on Friday to TSN.

An NHL spokesman did not respond to an email requesting comment. Commissioner Gary Bettman said Wednesday he’s ordered a halt to all business-related travel outside North America for league employees.

The NHL has said it is consulting with the U.S. Centers for Disease Control and Prevention and Health Canada about coronavirus. The U.S. CDC has not advised sports teams to postpone games or to play them without fans. A list of recommendations on its website include advising spectators and staff to frequently wash their hands, to clean frequently touched surfaces daily and to avoid touching the eyes, nose and mouth with unwashed hands.

Some NHL teams have offered details about who they are consulting on coronavirus. In a social media post, the Pittsburgh Penguins wrote Friday that the team is following the recommendations of the CDC, the University of Pittsburgh Medical Center, and the NHL.

Sports leagues and teams around the world are grappling with how to respond to the rapid and unpredictable spread of the coronavirus. Some events have been canceled or postponed. In some cases, games are being held without any spectators to limit the risk of spreading the disease.

Dr. Mark Loeb, a professor of clinical epidemiology and biostatistics at McMaster University, said he was surprised the NHL rejected the Santa Clara County’s recommendation.

“Avoiding mass gatherings like an NHL game is a mitigation strategy,” Dr. Loeb said in an interview on Friday. “It doesn’t prevent a pandemic, but it slows down the spread of infection.”

There are 51 documented cases of coronavirus in Canada and more than 250 in the U.S. Dr. Curtis Cooper, an epidemiologist at The Ottawa Hospital, said he believes the spread of the virus in North America will be as fast in coming weeks as it has been in South Korea, where the number of coronavirus cases jumped from 31 to 4,300 in two weeks.

“Public health recommendations need to trump all other considerations in the time of an epidemic like we’re currently in,” Dr. Cooper said in an interview. “Ultimately we rely on local public health departments to make the best possible recommendations. If they say you shouldn’t be having large gatherings then you need to listen to them. If we pick and choose which public health body to listen to, the infection control measures put in will not be as effective.”

Dr. Cooper said even as the spread of coronavirus accelerates, professional sports leagues should try to find a way to continue playing games.

“People might need a distraction in the coming months,” he said.

Dr. Stephanie DeWitte-Orr, an assistant professor in the departments of health sciences and biology at Wilfrid Laurier University, called it “unwise” for the NHL to reject the recommendation of the local public health board.

"The virus is now community circulating, meaning you don’t have to go to a country like Iran or China to get it,” Dr. DeWitte-Orr said in an interview. “It can be transmitted by respiratory droplets and at an NHL game you have a lot of people in a close proximity and a lot of people yelling. There are going to be a lot of respiratory droplets in the air. If someone with coronavirus touches seats and railing and then you touch those spots and touch your face, you’re exposed to the virus. It’s not going to help you that after the game those surfaces are cleaned.”

Dr. Isaac Bogoch, who was a frontline health worker in 2009 in Boston fighting the spread of H1N1 and is now an infectious disease expert at the University of Toronto, said he’s convinced that within a few months the coronavirus will be so widespread throughout North America that it won’t make a difference whether games are cancelled or spectators banned.

"Mark my words, in a month or so we won't be talking about empty arenas because the virus will have spread so much that there won't be any point," Dr. Bogoch said.