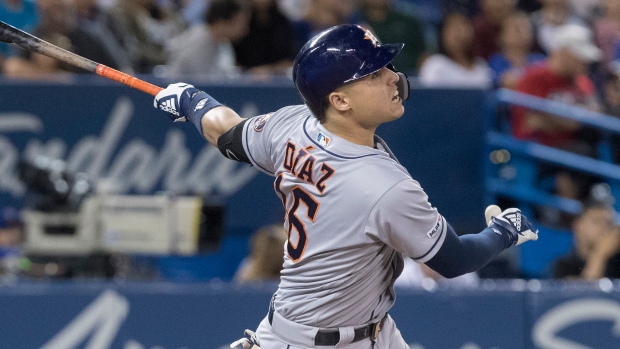 Acquired from Toronto in November 2018, Díaz hit .271 for the AL champions with nine homers and 40 RBIs in 247 plate appearances over 69 games. He was 0 for 9 with a walk in the post-season.

A decision is expected Wednesday.