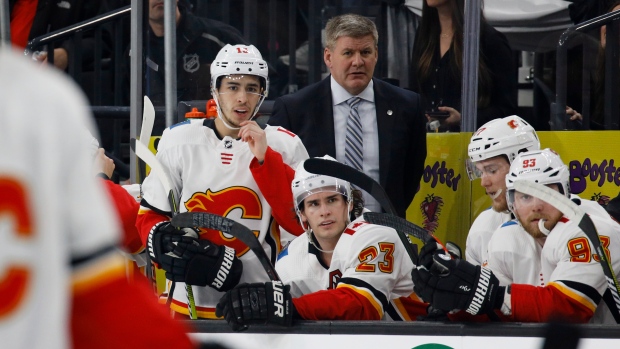 James Duthie: Bill Peters and Mike Babcock go way back, they’re good friends who worked together in Detroit, for Team Canada and now they’re going through similar situations. The Leafs are struggling, the Flames are struggling, but is it fair to say that the critical level for Peters in Calgary hasn’t reached the level it has for Babcock in Toronto? 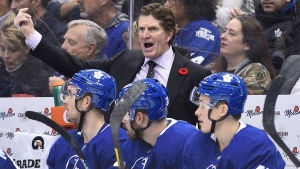 Bob McKenzie: I think that’s probably correct, the Calgary Flames are having a major offence power outage that would be helped by their best players scoring some goals. While there might be some grumblings out there about the players, with Billy Peters as their head coach, at this point and time there is no reason to believe whatsoever that a coaching change or any discussion about Peters’ future is even in the equation for the Flames. General Manager Brad Treliving is trying to shake things up with a trade, but nothing is imminent on that front. Fast forward to the Leafs and even before the season began people were asking questions about Mike Babcock’s future and how long the leash might be for him if the Leafs got off to a slow start. Well, they’re not only off to a slow start – a .500 hockey team that is coming off of a disgraceful performance against the Pittsburgh Penguins. I don’t believe for a moment that the Toronto Maple Leafs organization from Brendan Shanahan all the way down to GM Kyle Dubas is predisposed to want to make a coaching change in season, I don’t believe that is the plan at all. But I also don’t believe the Toronto Maple Leafs can have many more games like they did on Saturday night, which makes (Tuesday’s) game against the Vegas Golden Knights and Thursday’s game against Arizona and Saturday’s game against Colorado vitally important to show that these players aren’t rolling over and playing dead. 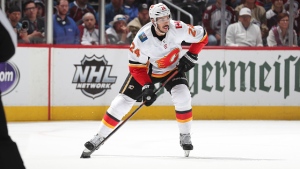 Darren Dreger: Well, it makes sense the Toronto Maple Leafs and Calgary Flames would want to do something to shake something up, but if we go back to Calgary, yes there is ongoing speculation of the availability of certain players like (Mark) Jankowski, (Oliver) Kylington, and (Michael) Frolík for a long time, but Brad Treliving continues to work at the future of the Flames operation as well. I’m looking specifically at Travis Hamonic; they met prior to the start of the regular season, I don’t think the player liked how the conversation went. Treliving has met recently with Kevin Epp of Titan sports – who represents Hamonic – there’s no rush on the player's end, so this could be something that we’re talking about in the new year as we creep closer to the trade deadline that’s an option, or if they’re a playoff team they use him to march as deep as they can.

Duthie: Did the general managers discuss offside reviews at the GM meeting after a recent Charlie Coyle goal for Boston was called back, and the whole question about possession came up?

Pierre LeBrun: They polled all of the GMs at the meeting and asked, ‘do you believe that was a skilled play that Coyle made on that overturned goal? And the overwhelming answer was, ‘yes, we consider that a skilled play.” Now, don’t confuse that [with] if they think that play should have been a goal – although I think most GMs do believe that – what it means is they’re going  to discuss this at [the] March GM meetings as far as tweaking the language for puck control and zone entry for offside. The other thing they’re going to kick around is the skate in the air on zone entry. I know we talked about this a lot a few years ago, at the time they didn’t want to change it but now they want to talk about it again in March. 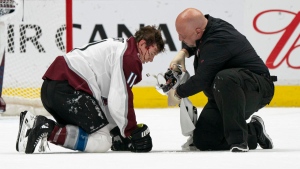 Dreger: Stephen Walkom, the director of officiating for the National Hockey League, also made a presentation to the general managers and he brought up the incident involving Matt Calvert where Calvert took a puck to the head recently in a game against the Vancouver Canucks. The message to the on-ice officials is pretty clear - if you think the injury is serious, blow the whistle. Some would like it to go a bit further and apply common sense to it; yes, if a player is struck in the head and goes down for one second or 10 seconds, whatever it is, the time doesn’t matter - blow the whistle and call it dead.

Duthie: The complaints this year about scheduling have been louder than usual so the schedule maker was brought in to the GM meeting.

LeBrun: For the first time in a very long time the schedule maker was brought in and he went through a 30-minute presentation on how this gigantic matrix schedule comes together. There were a lot of questions, lots of feedback. And a lot of the managers' feelings [were] a little more clarified about how it’s done and understanding now when they put in their dates, what to ask for.