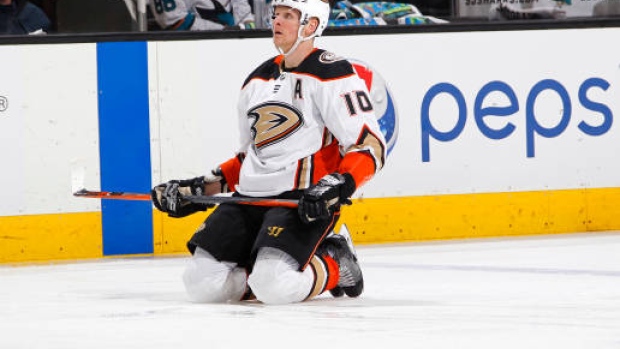 TSN Hockey Insiders Darren Dreger and Pierre LeBrun discuss Corey Perry's future with the Ducks, where Matt Duchene might end up, how the league might expand video review, and more.

Corey Perry’s days in Anaheim may be coming to an end, what is the way in which that might happen?

LeBrun: First of all, the Ducks are on the same page as Corey Perry’s camp as to how this might unfold.  They have a lot of respect for this guy, former Hart Trophy winner and has done so much for that franchise, but he’s 34 and has a big contract, this is a team that is rebuilding and going young, so they probably will part ways.  First, they are talking trades to a number of teams, they would obviously have to eat some of that contract; two more years on his deal at $8.625 million per.  Now, if they can’t find a trade partner, certainly a buyout would be the other option here for Corey Perry, which would make him an unrestricted free agent.  Still lots to play out, but it does appear that Corey Perry’s days might be numbered with the Anaheim Ducks. 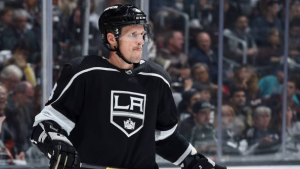 LeBrun: Dion Phaneuf, also two more years on his deal and also 34-years-old and the Kings are talking to teams about him, if they can’t find a trade partner, he’s another possibility for a buyout.  The Kings, like the Ducks, are going younger.

The Edmonton Oilers and the Vancouver Canucks both have contracts that ideally they perhaps would like to get out from underneath in Loui Eriksson and Milan Lucic, could there be a fit between the two teams?

Dreger: There could be a fit and if you look at it from Edmonton’s perspective, the interest might come from their newly hired coach Dave Tippett who had Loui Eriksson in Dallas for three years, so there is a familiarity there.  The Vancouver Canucks do see 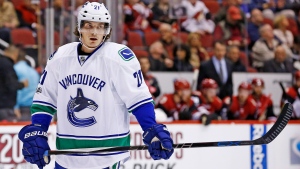 value in Milan Lucic, in that they have a younger team, they have some smallish players if you look at Brock Boeser, Elias Pettersson and now you have Quinn Hughes on the back end.  Milan Lucic could add a little bit of bite, but for the Vancouver Canucks to consider that type of swap I think that there would have to be some type of sweetener coming from the Edmonton Oilers to take on the extra year.

There is interest out there in Matt Duchene if he gets to market, what are you hearing about potential teams that might be nibbling around the edges right now?

Dreger: It starts with the Columbus Blue Jackets, Pat Brisson the agent for Matt Duchene continues to have conversations with Jarmo Kekalainen so there is the possibility that he stays in Columbus.  Among the suiters, the Arizona Coyotes, they’ve got a new 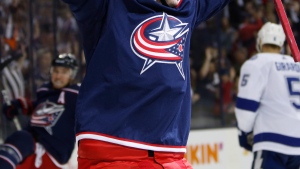 injection of ownership there so perhaps there is more capital for John Chayka to work with and I’m told that Matt Duchene is Arizona’s primary focus.

LeBrun: Matt Duchene will looking at that freshly signed contract in Buffalo from Jeff Skinner as bit of a market there and speaking of the Buffalo Sabres they hope not to be done. They are eying both a second line centre and top six winger on the marker either via trade or through free agency. One name I can throw at you is Jason Zucker who has almost been traded twice by Minnesota over the last six months. He’s a guy that Buffalo has kicked tires on.”

Plenty of potential for change to the video review system after the playoff that we are all witnessing, Pierre could the wheels already be in motion in some ways?

LeBrun: They are indeed. In fact commissioner Gary Bettman, Bill Daly, Stephen Walkom and Colin Campbell already met during the Stanley Cup Final to sort of hash out a tentative plan of what it could look like. It’s something they can bring to the table Tuesday in Toronto when the competition committee meets with the NHPA and also, of course, bring it to the GMs June 20th in Vancouver . The point is, the league isn’t showing up and saying ‘alright, let’s start from scratch.’ They have an idea in hand to expand video review. One of the ideas I hear is, should the ref be on a headset? And who is his talking to in the situation room? Should it be a former official? Or is it the guys in hockey ops?

Dreger: The league wants to make sure that the officials on the ice have the opportunity to look at scenarios again. Maybe a couple of times. Perhaps there could be additional coaches challenges and no doubt about it, the situation room in Toronto is going to be heavily involved. Some of the scenarios they’re looking at might include non-judgement calls like the glove pass or high stick or puck off the mesh, but no question about it, added video review is on its way.”