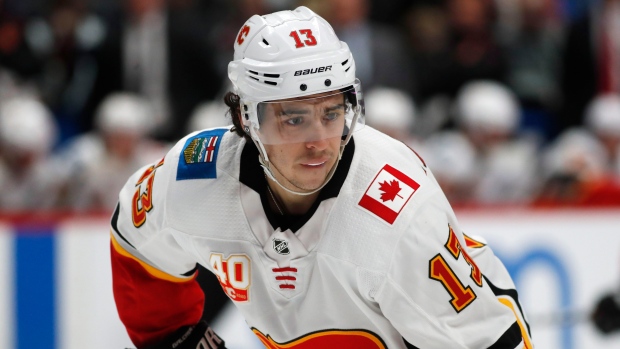 TSN Hockey Insider Darren Dreger joins Glenn Schiiler to discuss Brad Treliving going on the offensive regarding Johnny Gaudreau's conditioning, and share the latest on growing concerns among coaches and staff around the NHL who have been impacted by salary reductions.

Schiiler: It's another edition of Insider Trading once again the star of the show, it's Darren Dreger. Darren, we're four days into training camps here. Nice for hockey fans to be able to debate and analyze line combinations. But there's been a big question mark in Calgary surrounding Johnny Goudreau. Why hasn't he been skating with his regular linemates? On Thursday, his GM decided to clear the air a little bit. What forced them to do that Darren?

Dreger: Well, Brad Treliving, the general manager the Calgary Flames, Glenn, was obviously very fired up. He's tired of the media speculation that Johnny Goudreau is not in good conditioning, that he's out of shape. And that's the primary reason from a discipline perspective that he's not skating with his usual linemates and the main group. Well, that's simply not true, according to Treliving. In fact, Johnny Goudreau is in tip-top condition. He worked out hard during the pause and this is just one of those things and will all be established in a better sense in the next couple of days. As for why he's not skating with a main group and his usual linemates, the Calgary Flames aren't willing to go there, at least not yet.

Schiiler: On Tuesday, you talked about a growing concern among coaches and staff around the NHL who have been impacted by salary reductions. There was a lot of feedback to that report. What's the latest?

Dreger: Well, that's an ongoing process. There's no question about that. I know the deputy commissioner Bill Daly has been in contact with Michael Hirschfeld, who is the executive director of the NHL Coaches Association. This seems to be primarily involving smaller markets. And there is a belief that specific to head coaches, there might have been restructuring of their contracts. So while they might be absorbing a pay cut right now, currently, because of the pandemic, the money that they're losing because of the rollback will be reestablished towards the end, the back end of the contract. But there's ongoing dialogue in this and sources say that there are clubs, both outside of the 2014 tournament and inside the 2014 field that are still establishing those rollbacks. So it is an ongoing issue, but it's not just specific to head coaches and assistant coaches. Again, it's impacting a lot of hockey operations people.