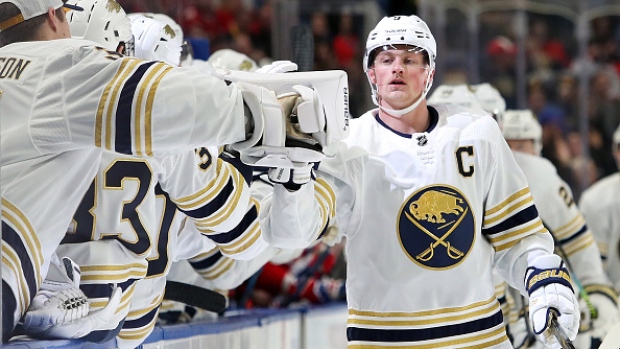 TSN Hockey Insiders Pierre LeBrun and Chris Johnston join host Gino Reda to discuss the latest with Carey Price, Marc Bergevin’s future in Montreal and whether or not we’re seeing continued momentum toward a resolution with Jack Eichel’s situation in Buffalo.

What’s the latest on Price?

It was announced on Thursday that Carey Price is voluntarily entering the NHL/NHL Players' Association joint player assistance program. Is is safe to say there is no timeline for a return? 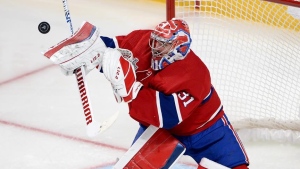 Johnston: Well, there basically is no timeline. There isn’t one that exists. And Marc Bergevin told reporters on Thursday morning that, yes, they think it will be about 30 days that Carey Price is away from the team dealing with this issue. But the fact of the way this program works with the NHL and NHLPA is that that’s completely up to the doctors, the treatments and timelines. So it’s out of the hands of the team. You know, Montreal only learned of Carey Price having this issue on Wednesday and they’ll just have to wait and see how long it is before he’s ready to be back and getting onto the ice for them.

With general manager Marc Bergevin entering the final year of his contract, what might his future for the Habs look like? 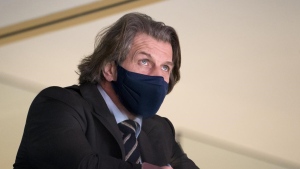 LeBrun: And certainly there is no bigger story on this day, not just in Montreal, but in the hockey world than Carey Price’s well-being. But there was a pretty big hockey story on the side, and that was the Montreal Canadiens announcing at the start of that news conference that Marc Bergevin’s future would not be addressed until after the season. Those were the words by PR. So read into that that it appears Geoff Molson is shelving talks with Marc Bergevin until after the season. And read into that, at least I do, that there’s a greater chance than not now that Marc Bergevin is not the GM of this team after this season. I’m not saying that 100 per cent because certainly there could be a point this season where Geoff Molson decides to put a new offer in front of Marc Bergevin and he does extend him. But the fact that they spoke last January about his future and that there was an offer made in July that didn’t produce an agreement and the fact that Bergevin is now starting the season as a lame duck GM augments the chances of him not being GM after this year as opposed to signing an extension. Not over yet, but that’s where it is right now. That’s what I read into it.

Eichel situation closer to being resolved?

Are we getting more clarity on where Jack Eichel could land or when a move might be coming? 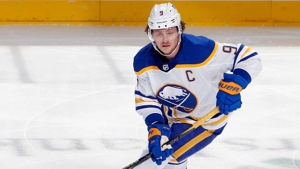 LeBrun: So what’s happened here over the last 10-plus days and Darren Dreger had told us at the outset of this that this would happen is that agent Pat Brisson has had the direct green light from Buffalo Sabres general manager Kevyn Adams to share more medical information with other teams. That has clarified a lot of things for some teams that are on the periphery of this thing. So, number one, some teams are now comfortable with the artificial disc replacement surgery that Jack Eichel wants to have, other teams not so much. But at least there’s some clarity either way. In the meantime, teams that have circled back to Kevyn Adams and Adams has circled back to teams. What has happened in those discussions, I’m told, is that teams are saying we have to have a conditional component to any potential trade. Because we don’t know what Jack Eichel is going to be like when he comes back. We don’t know when exactly he’ll be back, although that surgery suggests four months. And so what the Sabres have said is yes, we’re going to have to have a conditional part to that trade. That’s a big deal. That’s a big development because teams can now feel a little more safely in entering the next phase in trade talks. I don’t think a deal is imminent, but again, it’s another step in the process here as everyone tries to get this deal done.

At the moment, the Pittsburgh Penguins are battling a number of COVID-19 cases. Is there any indication of where this all might have started? 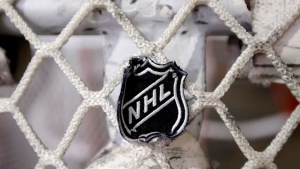 Johnston: Not a firm indication but there is certainly some concern because two weeks ago, there was a USHL showcase event in part played in the Penguins’ practice rink and some scouts at that event did contract COVID. So when Zach Ashton-Reese and Jake Guentzel were both added to the NHL’s COVID Protocols List there was worry it might be all connected. And at this point, the Penguins don’t believe that to be the case. They believe that they have got this under control and that we’re not on the verge of an outbreak here. And you know, what’s interesting and worth remembering as we enter this season is both of those players are vaccinated. These are breakthrough cases with players that have received the vaccination and this is something the NHL will still be dealing with basically with 99 per cent of the people in the league having received their vaccinations.

Extension talks for Ekholm, Preds getting down to the wire?

As we get set to drop the puck on the NHL regular season, there are a number of big-name players who are going into the final year of their contracts. That list includes a prominent Nashville Predator? 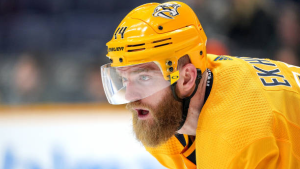 LeBrun: Yeah, Mattias Ekholm. Who you may remember was one of five defencemen protected in the expansion draft by the Nashville Predators – nobody else does that but they’re always so good on defence – and they did that with a bit of risk because Ekholm was not signed past this season. They have talked all off-season long about an extension and have not been able to get one done yet but here is the wrinkle: I’m told that agent Kurt Overhardt and Ekholm have told general manager David Poile and the Predators that if he is not signed by the start of the season we want to shelve talks. We don’t want to negotiate during the year. Is it a ploy? Is it a tactic? I don’t know, I’m not in the middle of those talks. But added pressure to get this deal done and they continue to talk before next week.