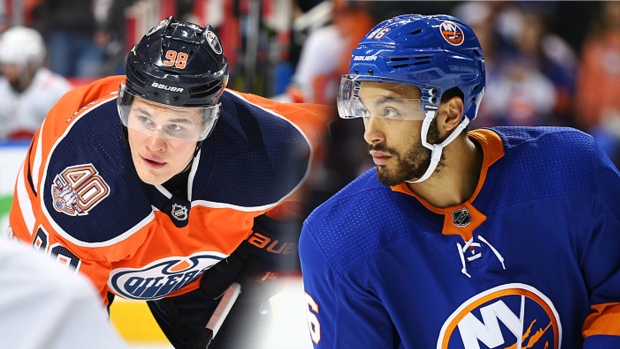 TSN Hockey Insiders Bob McKenzie, Pierre LeBrun and Darren Dreger joined host Gino Reda to discuss the Hurricanes kicking the tires on wingers across the NHL; Jonathan Quick's spot on the Kings with Jack Campbell off to an impressive star and more. 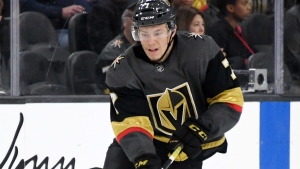 Dreger: The Vegas Golden Knights aren't trying to bury Valentin] Zykov. They do see a future within their organization. They did not back off a media-issued release earlier in the day, using the description that 'yes, he knowingly took a banned substance.’ The player, the player's agent, the players’ association refuted the terminology used in the Knights' media statement, to a point, where the players’ association is currently contemplating filing a grievance against the Golden Knights for the way they issued that statement. Perhaps more to come, but Zykov will serve those 20 games. 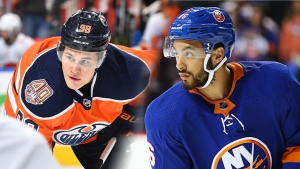 LeBrun: The Hurricanes are making inquiries. At, I think, the end of the day, after not getting that deal with Anaheim, there's still that hole in their top nine. So they've made inquiries. One of them is Josh Ho-Sang in the New York Islanders organization. Talk about a guy who needs a change of scenery. The Hurricanes are looking at whether or not Ho-Sang would be a good fit. They’re not the only team, of course. Jesse Puljujarvi, speaking of change of scenery, is another player, I've been told, the Hurricanes have kicked tires on to see what the price would be and whether he'd be a good fit. The Hurricanes haven't just looked at Ho-Sang and Puljujarvi, but at some point in time, the Hurricanes, who are off to a good start, feel they need to add one more top end forward in their lineup.

Quick's future in L.A. up in the air? 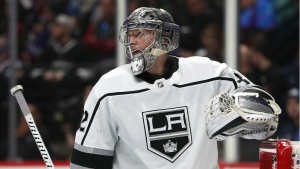 McKenzie: Veteran Jonathan Quick, Stanley Cup winner for the Los Angeles Kings, would be the guy that the Kings want to be their No. 1 goaltender, but the reality is that Jack Campbell is going to start back-to-back games. The reason for this is pretty obvious: In three games played, Quick has allowed 19 goals for an NHL worst .793 save percentage. Would L.A. like Quick to play better and be the No. 1 goalie? Sure they would, but here's the thing: They really do like how Campbell has rehabilitated his game. The Kings also have Cal Petersen, who's playing in the American Hockey League (AHL) and is NHL ready right now. L.A.'s plan is not bring up Petersen, because obviously Quick is there, but next year he's going to require waivers. So with Campbell, Petersen and Quick, Quick would look to be the odd man out but he's got four years left on his contract at $5.8 million per year. Right now, Quick is not tradeable.  The long-term future for Quick in L.A. is absolutely up in the air. 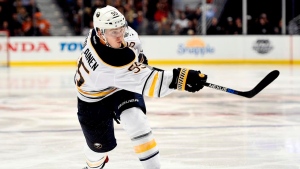 LeBrun: Our understanding, of course, after last season Rasmus Ristolainen, a top four defender for the Buffalo Sabres, told management that he would be open to a change of scenery. It's been a lot of losing for him over the years in Buffalo and it's eaten away at his soul. The Sabres did talk to teams this summer, but obviously a trade never materialized and you have the sense that, well, maybe it would happen at some point early this season. Well, hold on. Here's a guy in Ristolainen that sounds happy playing for head coach Ralph Krueger and right now that's the case. I don't see a trade happening at this point, and we'll see if Ristolainen continues to be happy.