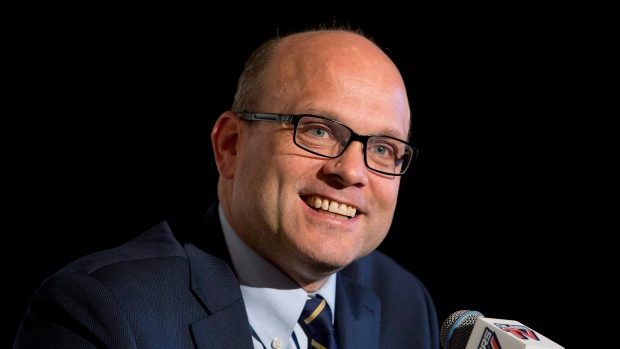 With Rocky Wirtz's comments on Wednesday causing ripples across the hockey world, Gary Bettman will likely be met with several questions on the matter when he meets with the media ahead of the All-Star festivities. The TSN Hockey insiders discuss Wirtz's role as Blackhawks' chairman, the GM search in Chicago, the possibility of a World Cup in 2024, and more.

The Chicago Blackhawks town hall was an unmitigated disaster. Are we going to hear more about this story over the next couple of days?

Chris Johnston: Well it was such a disaster that it’s overshadowed the start of the weekend here at the All-Star Game. I think that will especially be the case on Friday when Gary Bettman and Bill Daly are set to meet reporters and take questions from them ahead of the skills competition. Obviously, the biggest hot-button issue will be Rocky Wirtz’s comments, the league’s reaction to those comments, and how they view the Blackhawks situation at this point in time.

What I can tell you is, there’s no reason to believe that Wirtz, despite his comments and his apology, will step down from his role as chairman of the Blackhawks. He’s handed off most of the day-to-day operations already to his son Danny. But early in the year there was a $2 million fine that the NHL levied against the Blackhawks. One of the things we’ll be looking for here is whether there will be any further punishment after what happened this week. 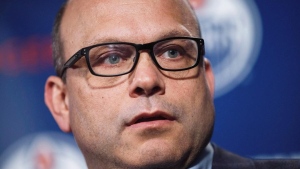 Darren Dreger: Despite the turmoil, the Chicago Blackhawks are planning on quickly moving forward with the hiring of a general manager or a head of hockey operations. On Tuesday’s Insider Trading, we talked about a number of candidates with varying levels of experience.

Here’s an interesting name for you. Sources indicate that Peter Chiarelli, who is working with Doug Armstrong and the St. Louis Blues, has been contacted by the Chicago Blackhawks and will interview for their hockey operations vacancy, among others. So, this could move very quickly. The interviewing process is expected to begin this weekend and drift into early next week.

Could we see best-on-best international hockey sooner than the next Olympic cycle? 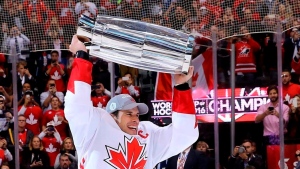 Pierre LeBrun: Yeah, plans are afoot. The NHL and NHLPA had a meeting last week about the next best-on-best event, the World Cup of Hockey, to be held in 2024. The two sides plan to meet again next week. They also plan to bring in the IIHF and the country stakeholders in another big meeting in the next couple of months.

Here’s the most interesting part, by far. The strongest possibility, in terms of a window to hold the World Cup in 2024 is in February, mid-way through the 2023-24 season, which is a complete departure from past World Cup and Canada Cup events that are usually held in September before the season. The NHLPA has asked the league for years to think about holding the events mid-season.

NHL owners won't be super happy about this if it does go through. But the plan right now, the strongest option being discussed is Feb. 2024 for a World Cup of Hockey. And of course, they are also committed to the 2026 Winter Olympics in Italy.

What are the details regarding the CHL Prospects game and the Memorial Cup? 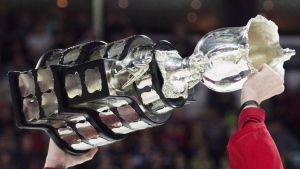 Dreger: Internationally, that’s good news. Good news from the Canadian Hockey League as well, as details are being finalized on the on-again prospects game, which could be finalized as early as next week.

It’s expected that the prospects game will be played later this month in Kitchener. You’re talking about the top-40 draft-eligible players on two teams. Meanwhile, given all the makeup games needed across the three CHL leagues, the Memorial Cup is very much expected to be pushed into June. The good news is that they’re going to do everything to make sure the Memorial Cup gets played but it can’t go later than June.

What’s next for the Anaheim Ducks after naming Pat Verbeek their general manager? 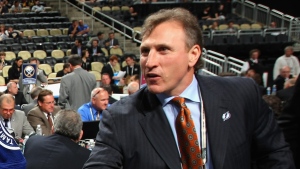 LeBrun: Well, a unique situation in that Pat Verbeek got the job over three in-house candidates, among other candidates. Jeff Sullivan, who was the interim GM, Martin Madden, and Dave Nonis all interviewed for the GM job but it went to Verbeek.

Now, the question is, those three guys that didn’t get the job, how do they feel about things? I’m told that they are happy to stay on and continue to do their jobs under Verbeek. The real question is, what does Verbeek want to do with this front office? I think he’s going to take his time, figure out who’s who and who should be doing what.