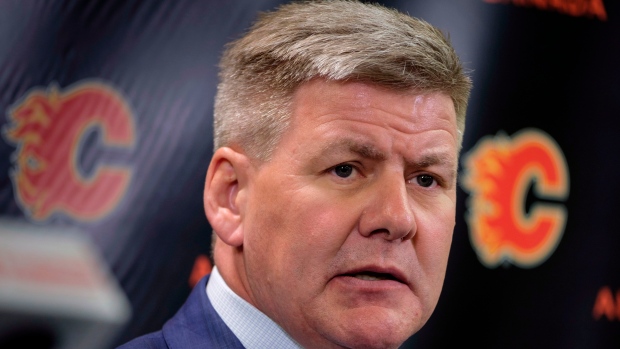 Hockey Insiders Bob McKenzie, Darren Dreger and Pierre LeBrun shed light on one of the main topics that will be addressed at the Board of Governors meeting next week, discuss the NHL Coaches’ Association's statement regarding the numerous allegations against coaches, Hockey Canada and the CHL addressing the issue and more.

James Duthie: Here are your insiders Darren Dreger, Pierre LeBrun, and Bob McKenzie. Is it fair to say that after what we’ve seen and witnessed over the past week and the developments from today that the behaviour of coaches, the way they treat players becomes the topic at the Board of Governors meetings which begin in California on Monday.

Darren Dreger: I believe that it will be a main topic of conversation among the NHL owners and the governors as part of the BOG meetings – there is no doubt about that. I mean coaching has never been scrutinized to the degree that it is right now, if you look at the scenario around Mike Babcock, the Bill Peters saga, and now the allegations around Marc Crawford of the Chicago Blackhawks. All of these issues that have surfaced the past several days around the National Hockey League most definitely will be discussed next week by the Board of Governors. Now it’s believed that the NHL will provide something of substance at the conclusion of the meetings next Tuesday. Now one source believes that Akim Aliu may attend one of those meetings in California, but another source related to the National Hockey League says that isn’t the plan right now.

UPDATE: TSN Hockey Insider Darren Dreger reports that Akim Aliu will not be attending the Board of Governors meetings next week in California.

Aliu won’t be attending the Board meetings next week in California. https://t.co/vgXss4eimq

James Duthie: One organization and a key one we have not heard from until right now, the NHL Coaches’ Association, what [is] there position/reaction?

Pierre LeBrun: Well, certainly there’s been a lot of internal discussion, as you can imagine, they are the body under fire through this whole story, stories and finally on Tuesday a statement that had something to say when you look at it, a lengthy one. Certainly starts with what coaches are about, respect and teamwork and all that stuff and how coaches still have to find ways to motivate players, while respecting them, but this is the heart of the statement for me is when they talked about the different philosophies per [the] quote,“ there are lines that cannot be crossed and there is certainly no room in the NHL or anywhere else for abusive behaviour of any kind…” and it goes on to say that “ the coaches’ association continues to work with the National Hockey League and other partners to figure out a way to make things better through all this.” And that is absolutely a true fact that the NHL Coaches’ Association almost on a daily basis is in a dialogue with the National Hockey League with Bill Daly and, after the Board of Governors meeting, I think there will be more dialogue between the Coaches’ Association and the league as they continue to work through this and try to be a part of the solution as things evolve.

James Duthie: It’s not an NHL coaching story though it’s a coaching story, thus a hockey story from all levels. Hockey Canada CEO Tom Renney announcing the World Juniors selection camp roster on Monday made it clear that this is a priority for Hockey Canada. I believe one of his quotes was they have to be better. How do they make that happen?

Bob McKenzie: Well, as fate would have it this morning there was a regularly scheduled monthly conference call between Tom Renney, the Hockey Canada executives as well as the executives of the Canadian Hockey League which of course comprises the WHL, the OHL and the QMJHL, and of course this subject matter dominated conversation. To that end, we need to be better. They started to have discussions on how they may eventually get to that stage. My personal view is that one of the most immediate things we may see, not just in Hockey Canada programs, not just in junior hockey programs, but in the NHL and everywhere, is enhanced vetting of coaching hiring, and maybe just maybe, bringing in third parties to investigate background checks to a greater degree that has ever been done in the past, we will see where that goes. I know the Ontario Hockey League [had] a general managers’ conference call last Saturday where they basically instructed their GMs to make sure everyone – players, parents, everybody connected with the OHL – knows that there are programs and existing programs in place that would allow for investigations to be triggered. The Player Performance Development Program has been around for three or four years and that is something that has already been in place, encouraging players or families to come forward.

James Duthie: We know the NHL was involved in the Flames situation with Bill Peters and their subsequent parting of ways, how involved is the league in Chicago’s review of assistant coach Marc Crawford?

James Duthie: Well, we are only a week into this uncomfortable topic and it’s an uncomfortable situation where you wonder what is next, or who is next. We will be following it on Insider Trading .