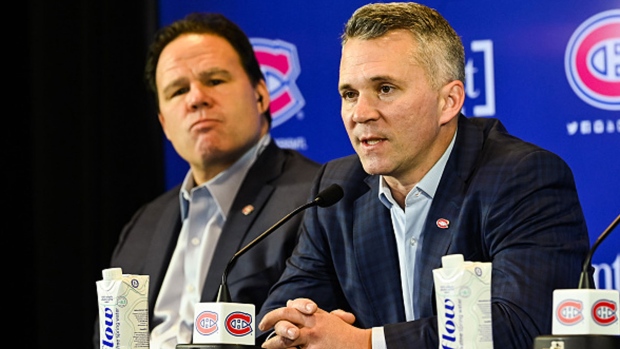 TSN Hockey Insiders Darren Dreger and Pierre LeBrun join host James Duthie to discuss the potential for the Canadiens to make a sizable free-agent splash in the summer, whether or not Filip Forsberg’s name could come up in trade talks and the latest on the 2024 World Cup of Hockey planning.

The Canadiens are currently in a rebuild and normally teams in that phase trade away veteran pieces for future assets. But might the Habs go about it slightly different? 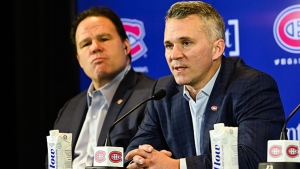 LeBrun: You know, they’ve been a little outside the box hiring Martin St. Louis to coach without any experience and what an impact that’s had so far. And so more out of the box thinking here. What we’re hearing is that yes, the Canadiens are still on the lookout for picks and prospects in their roster makeover, but further proof that this is not necessarily a traditional rebuild and more of a roster transformation is that I’m told the Habs intend to be pretty aggressive in free agency come July 13, they hope to be a player. And while they want to get younger in some parts of the team, they also want to lure a big star or two to Montreal as part of this roster transformation. Now, let me say this. It’s not like Marc Bergevin, the previous GM, didn’t want to sign unrestricted free agents on July 1. He certainly tried. It’s not a top-A destination for some free agents. But what I was told by another team today. If Martin St. Louis stays on as coach, what kind of a factor is he in maybe attracting some free agents?

Predators forward Filip Forsberg isn’t currently on the most recent version of TSN’s Trade Bait list, but are there starting to be rumblings about his availability? 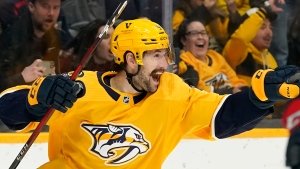 Dreger: Well, look. He’s Nashville’s top scorer and the position of the Predators is they want to extend his time on long term to stay with the organization. However, the talks with Filip Forsberg and his agent, J.P. Barry, remain in the preliminary stage which is fuelling speculation with the trade deadline now less than one month away. But you do have to look at the numbers here, right? Matt Duchene is an $8 million cap hit. Ryan Johansen is an $8 million cap hit. For Filip Forsberg, who is 27 years of age, to stay with the Predators long term, his cap hit and his expected salary is going to have to be north of $8 million.

With the expansion Seattle Kraken last in the Pacific Division and Mark Giordano’s contract up at the end of the season, how likely is he to move before the deadline? 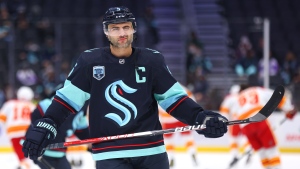 LeBrun: A player that now looks like he’s most definitely going to change addresses before the end of the season is Mark Giordano. We told you a couple weeks ago that there was going to be a conversation between Giordano, the Seattle Kraken’s captain, and general manager Ron Francis. That chat has occurred. And what the two have decided is that Seattle will explore the trade market for their veteran captain, see what’s out there, and most likely move him. And in general I’m told they hope to be aggressive with all their cap space in terms of making other moves.

Lots of teams out there are looking for goaltending help and the New Jersey Devils don’t seem to be any different.

LeBrun: You may remember that Jonathan Bernier went down with season-ending hip surgery in early January. And then Mackenzie Blackwood hit injured reserve in late January with a heel injury. And they don’t know if or when he will be back. So the Devils now are calling around the league with a pretty aggressive nature trying to find a goaltender for the rest of the season. Which of course might be of interest to the Edmonton Oilers, who are looking at goalie options.

What’s the next step in World Cup of Hockey planning?

After there was no World Cup of Hockey in 2020, where are things at with making one happen in 2024? 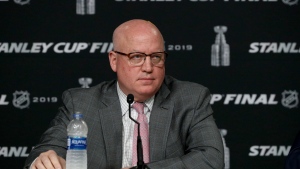 Dreger: NHL deputy commissioner Bill Daly will head to Europe in mid March to nail down some of the logistics, or at least discuss the planning of the 2024 World Cup of Hockey with the European counterparts. And while he’s there, he’s also going to go through the new player development agreement with Sweden, Finland and the Czech Republic. So, a good amount of international business getting done. The NHL, IIHF and the NHL Players’ Association are not in a position to formalize the 2024 World Cup of Hockey, but this is a pretty big step in the next direction.