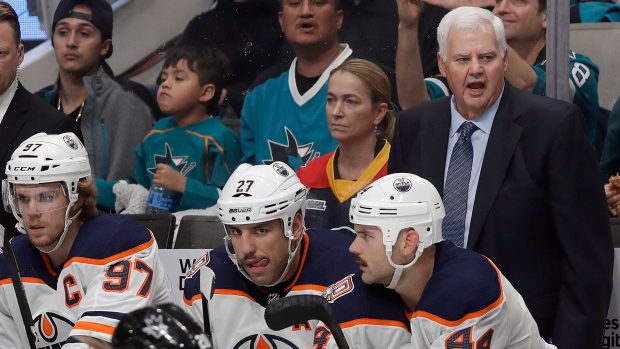 TSN Hockey Insiders Darren Dreger and Pierre LeBrun joined host James Duthie to discuss Ken Hitchcock's future in Edmonton beyond this season, the trade temperature in Philadelphia, Toronto and Minnesota, the future of the Blackhawks and a potential new destination for IIHF boss Rene Fasel.

The Edmonton Oilers have been winning since installing Ken Hitchcock as head coach. Could his tenure be for longer than the short term? 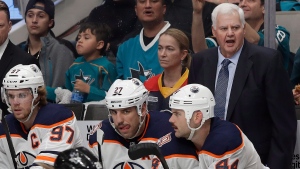 Dreger: Well, if the Oilers continue to win, they have a successful regular season that earns them a playoff spot, I don’t think the brass of the Oilers will have any choice but to extend Hitchcock’s contract beyond the end of this season. Maybe it mirrors something similar to the deal Hitchcock had formerly with the Dallas Stars whereby if he’s not the head coach of the Oilers, then it morphs into a consultant or an advisory role. I believe that Hitchcock will get an extended opportunity with the Oilers well beyond this season

It’s believed Ron Hextall was fired as GM of the Philadelphia Flyers was because he was too patient and inactive. Does that mean new GM Chuch Fletcher has to be really active, potentially on the trade front? 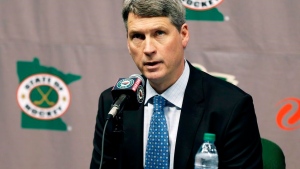 LeBrun: He’s trying to be. Our understanding is he’s already talked to half of the teams in the league a mere eight days on the job as he tries to gauge the trade market and what he can get done. It’s not just the obvious. Yes, Fletcher is looking for a goalie upgrade for the Flyers; they haven’t been getting saves all year. But it goes beyond that. We also hear that he would like to add a veteran defenceman for a young blueline. He’d also like to add a top-nine forward and if it’s not enough, he’d like to make all of these moves before the holiday (trade) freeze on Dec. 19. He’s not going to force it. If it’s not there, it’s not there. But he’d like to make a move because he wants to add a little injection of adrenaline to a roster and tell his veteran leaders that the season is not lost. The Flyers still want to compete for this year.

Dreger: And someone will link the Toronto Maple Leafs to the Flyers because there is ongoing speculation that the Leafs need a power forward and Wayne Simmonds’ name always pops up when you get into those types of conversations. Micheal Ferland of the Carolina Hurricanes might be another consideration. I believe that if the coaching staff of the Leafs were making deals, yes, they would add a power forward. But at what cost? Management is more keen on a right-shot defenceman. In a perfect scenario, the Maple Leafs would add a top-pairing guy so they could move (Ron) Hainsey down to the third pairing. But, again, those two deals [are] very tough to make depending on the cost.

LeBrun: Paul Fenton took over for Fletcher as GM of the Minnesota Wild last summer. He has really been a wait-and-see GM of wanting to take his first season with the Wild to absorb the roster and to get to know his players before he starts tweaking that roster.  My colleague at The Athletic, Michael Russo, is reporting that now he’s shopping the likes of Charlie Coyle. I think this is Fenton starting to make more calls to see what is out there. What I can tell you is this. I believe the Boston Bruins have kicked the tires on Coyle. Not really surprising given the Bruins have all of those injuries that they are still dealing with. I don’t know if this is something that is imminent, but I think Fenton might finally start to be ready to act.

With the Chicago Blackhawks sitting at the bottom of the NHL standings, could they look to make a change involving any of their core players? 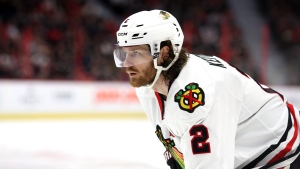 Lebrun: I don’t know that any of them are (in play) right now and part of the reason for that is because they are all on no-move contracts. When you talk about Patrick Kane and Jonathan Toews, I don’t think those guys are ever going anywhere. Those are legacy Blackhawks players that it’s really up to them. If they want to stay around and be part of the transition then I think that’s the type of conversation that will happen this summer, then they will be Hawks for life. I think the guy that is interesting to me is Duncan Keith. He is the oldest player of that core group at 35. He’s got a decent (salary) cap hit. He’s still a very good player. And when I talk to other teams around the league, he’s the guy they talk about that if he’s ever in play, that they would like to talk about. I have no evidence to suggest that he is in play right now. I think this is an off-season discussion. What does Keith want? He’s got a full no-move (contract).

Rene Fasel’s contract as president of the IIHF is up in 2020. Could he be looking for a change? 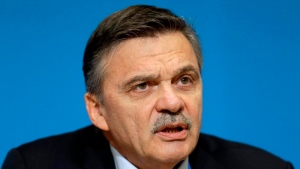 Dreger: That’s the speculation around the IIHF and among NHL executives that Fasel could land a high-ranking job at the Kontinental Hockey League. That would make the KHL stronger when you look at the relationships and the contacts that Fasel has internationally.

Duthie: And Bob Nicholson is one of the rumoured candidates to replace Fasel when he is done.