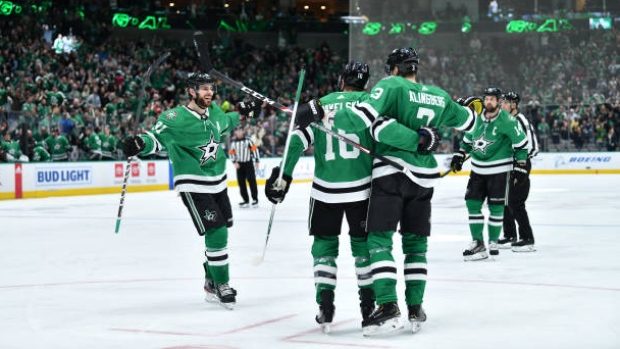 TSN Hockey Insider Darren Dreger and TSN Senior Hockey Reporter Frank Seravalli join James Duthie to discuss the latest on the Dallas Stars looking at a potential full house for the first round of the playoffs, potential changes to the NHL's wild card system in 2022-23, Alberta being the front runner for the Women's Worlds, and more.

James Duthie: Here are your Insiders, Darren Dreger and Frank Seravalli. Gentlemen, we’ve gotten used to seeing fans in buildings south of the border on a very limited basis. Frank, could that change in a major way if Dallas gets into the playoffs? 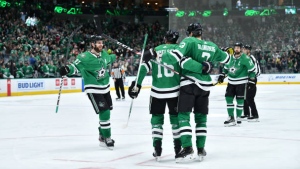 Seravalli: Yeah James, we could be talking about a full house for the Dallas Stars for the first round of the Stanley Cup playoffs. I talked to their president and CEO Brad Alberts today and he said that’s exactly what they’re weighing right now. They have the green light from the city of Dallas and their local health authorities. Is this the right thing to do socially? Can they protect their part-time workers and their ushers in the arena? That’s what they’re working towards figuring out at the moment. They need to make a decision by next week. But two important things to drive home. One is the NHL likely would not stand in the Stars’ way, provided that they meet all of the protocols and procedures that would need to be in place in order to increase capacity. The NHL does have final say on that but it is important to point out, at this point that the NBA has already told the Dallas Mavericks in the same building that they can only go to 50 per cent for their playoff run. And number two is that the NHL is not concerned about competitive balance in the playoffs with regards to attendance. Whatever amount fans can safely be worked into arenas for the playoffs, well the NHL is okay with that.

Duthie: It would be a wild scene particularly for those of us in Canada. Feels like forever since we’ve seen a full NHL building. Dregs, in a normal year we have four wild card teams in the playoffs, two from each conference. But when we do get back to normal or down the road a couple of years, could that number change? 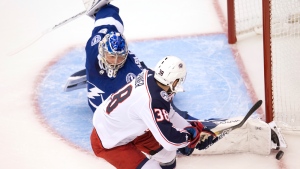 Dreger: It definitely could. We’re looking at 2022, 2023, 2021-22 next season will very likely mirror the regular season and the playoff structure pre-COVID. There’s been lots of discussions on whether or not the schedule should change, what the playoff format should look like among NHL general managers and the NHL head office. But the wild card system is a debatable issue. There are teams that think that four wild card spots making the Stanley Cup playoffs is too many. There’s some that believe that there should be more than two wild card spots in each conference. What about the divisional finish, should there be more emphasis on where teams finish at the end of the regular season inside their division? Should there be a league-wide wild card system? So this is one of the things that has been developing in terms of conversation among clubs around the National Hockey League and the head office.

June 1 deadline for North home in Round 3

Duthie: Of course just top four in each division this year and we wait in Canada to find out where the winner of the North Division will play its home games come the third round of the playoffs, Frank, and no answers yet but do we at least have a deadline on a decision? 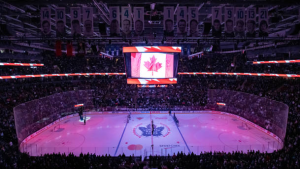 Seravalli: Yeah James, the NHL needs to make a decision somewhere in the June 1-5 range. And that makes sense when you consider the schedule that’s awaiting the NHL in these Stanley Cup playoffs. Their negotiations and conversations are ongoing with the Canadian federal government at this point. And with the recent uptick in vaccinations across Canada there, the NHL is hopeful that there is enough runway between now and then to pull this off and have the Canadian team playing Round 3 in their home building. But up until now, they are just finally beginning to have those conversations on the other potential venues to host the Canadian team in the U.S. if need be on a contingent basis.

Alberta the frontrunner for Women's Worlds

Duthie: Dregs, Frank was talking about possible full buildings in Dallas, the world U18s are in Texas right now and that was one of the places you mentioned for a possible host for the Women’s World Championships after it was cancelled in Nova Scotia. But another place has emerged as the front-runner? 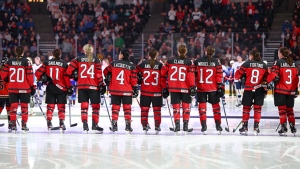 Dreger: Yeah I’d say Calgary, Alberta. Now they haven’t locked entirely in on Calgary, Edmonton has interest in Alberta as well. The province of Alberta though is the front-runner. There are other locations for the women’s worlds that are being considered and everybody involved is hoping to have a decision made by next week. They’re also hoping to nail down the time, it looks like it’s going to be August but the women’s worlds most definitely is a priority. Meanwhile, on the men’s side, general manager for Team Canada Roberto Luongo and the management group have started reaching out to NHL players. So far they’re saying that the response has been encouraging and very positive.