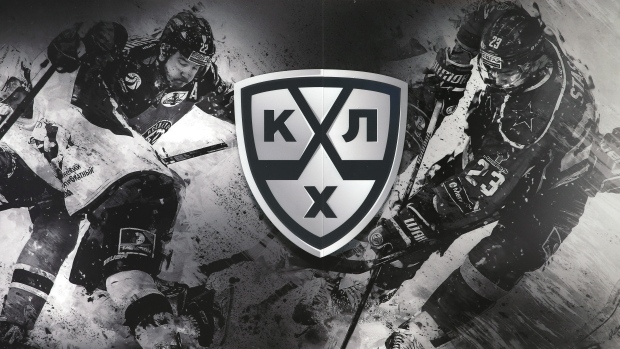 TSN Hockey Insiders Chris Johnston, Darren Dreger and Pierre LeBrun join host James Duthie to discuss how the Russia-Ukraine war is affecting the KHL, the latest on Jake DeBrusk and Claude Giroux’s trade status, and the new direction of the Chicago Blackhawks.

How is everything surrounding the Ukraine-Russia conflict affecting the KHL right now?

Chris Johnston: The league might be back [from its break], but it looks a fair bit different than when it did prior to Russia’s invasion of Ukraine. That is because sources indicate a number of players that are foreigners in that league, from outside of Russia, have initiated having their contracts terminated in recent days and wanting to get out of Russia. That includes some North Americans and guys who have played in the NHL in the past like [forwards] Shane Prince, Geoff Platt, and Nick Shore. These are prominent players over in that league.

So in addition to the two teams that dropped out of the league right before the playoffs [Jokerit of Finland and Dinamo Riga of Latvia], you now have a number of foreigners running away and it’s left things rather unstable. One agent over there told me that his agent that had his money stored in rubles has basically seen that amount of money decrease by half because of the currency’s instability. Some are wondering about the long-term viability of the KHL.

They got the playoffs going but there’s a lot of wreckage around those playoffs.

What is the situation with forward Jake DeBrusk and the Boston Bruins after his hat trick on Monday night?

Pierre LeBrun: After speaking with DeBrusk’s agent, Rick Valette, there has not been a change of heart. This means the trade demand is still in place for DeBrusk, to hopefully, in his case, get a trade out of Boston by the March 21 trade deadline.

The other thing Valette talked about is that he has informed teams, by the way he has permission to talk directly to other teams, that they’re willing to work on an extension to help facilitate a deal. A lot of teams are concerned about the $4.4 million qualifying offer to retain his rights this summer, maybe [if there’s] an extension at a cheaper price everyone will go home happy.

Bottom line is if he keeps scoring and playing a bigger role, it might help the Bruins and general manager Don Sweeney get better offers than they’ve had to date.

Chris Johnston: Kyle Davidson, the new general manager of the Chicago Blackhawks, had a press conference on Tuesday and interestingly said that he sees this as a rebuild. He’s talking about trading away assets for futures so you wouldn’t think a 37-year-old goaltender would be staying with that team given that scenario.

But it does sound like, at this point in time, Fleury is leaning towards finishing out the season in Chicago. He’s on the final year of his contract and he has a 10-team no trade list, so technically the Blackhawks could still move him. But there seems to be an understanding when the Vegas Golden Knights traded him to Chicago last summer that they would do right by him. There’s a little bit of time for him to change his mind but at this point with less than three weeks from the deadline, he doesn’t seem inclined to move.

Darren Dreger: Beyond Fleury, the future of [forwards] Jonathan Toews and Patrick Kane will soon be at the forefront. Both of those players have one year remaining on their long-term deals at $10.5 million per. Davidson has declared that the Blackhawks are in a rebuild. His next move is to likely have a conversation, perhaps as early as this week, with Kane and Toews’ agent Pat Brisson to start mapping out what the future for these two stars looks like. Is it in Chicago or potentially elsewhere? They both have trade protection. It seems a stretch to suggest anything happens before the summer, outside of that conversation between Davidson and Brisson.

What do you think happens with forward Claude Giroux?

Pierre LeBrun: We’re less than three weeks out and what I can tell you is that Giroux still hasn’t gone to [the} Philadelphia Flyers and said “OK, I’m ready. I’m ready to go.” That still hasn’t happened and that tells you how difficult and emotional this is for Giroux but I think sometime next week things will start to escalate.

In the meantime, what the Flyers have told some teams that have called is if Giroux is ready to move, you’re talking about a player that arguably could be the most impactful rental at this year’s trade deadline. There’s a price attached to that.

If Nick Foligno as a rental went for a first and a fourth a year ago at the deadline, then Giroux is looking at a triple asset package for sure for the Flyers. A first, a young player, and a prospect or certainly at least two assets with higher quality. It’s a high price to get in on Giroux.

Darren Dreger: The future of defenceman Rasmus Ristolainen in Philadelphia could be determined as early as this week. That seems unlikely, but there will be contract discussions with Ristolainen’s agent and Flyers general manager Chuck Fletcher. They like how their defence looks moving forward into next season when healthy and they’d like Ristolainen to be a part of that. But if the contract doesn’t make sense, then there’s another name we know is on the market.