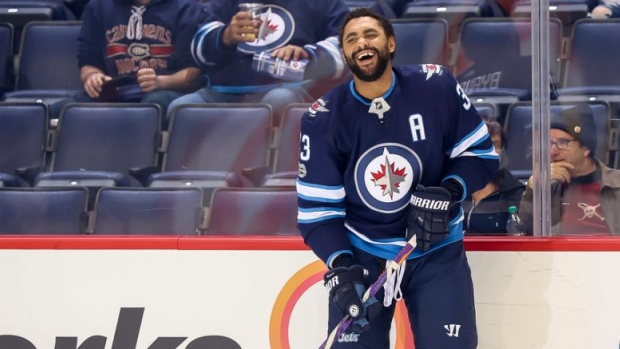 The Winnipeg Jets are 4-3 which doesn’t sound that impressive, but when you consider all of their losses on D, hey it’s not bad. Is it possible that [with] one of those key losses, Dustin Byfuglien, is there now optimism that he may be back? 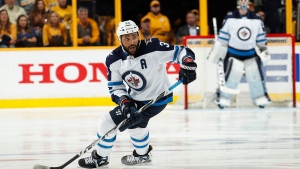 Dreger: There’s a growing sense of optimism that Dustin Byfuglien may indeed return to the Winnipeg Jets. Now, clearly there’s nothing official. There’s no guarantee. There’s no timeline on when Byfuglien may return and you’re not going to get the Winnipeg Jets to confirm nor deny. It’s just a sense that he’s more likely to return than not, which is saying something, considering all the speculation over the last few weeks. Despite the concerns over the time missed, he would be a welcomed addition to a very inexperienced blueline. But I’m thinking from a Jets perspective, time will tell.

How is the patience level with the Wild? 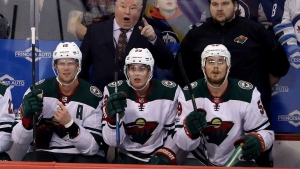 LeBrun: It’s pretty high with new GM Bill Guerin. It’s already led to some speculation, obviously, [about] Bruce Boudreau’s future and it makes sense. I mean, he’s a coach that’s been inherited by a new GM. He’s been there awhile. His contract as a coach is done at the end of the year. He has a couple of years tacked onto that as a consultant, but the guy wants to coach. So, all of the elements are there where you understand the speculation. But, in speaking with Bill Guerin on Tuesday, he said, listen, I respect Bruce Boudreau. I’m going to be patient here.  When he says patient, he means not just with him but with the entire roster before he starts making big changes.  To me, I don’t see anything happening there imminently in terms of the head coach. 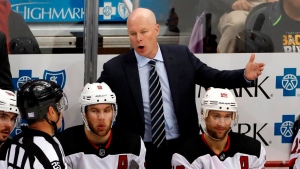 McKenzie: The heat is also on with the New Jersey Devils. They’ve not been playing well at all. So much so that today there was fake Twitter news that the New Jersey Devils had actually fired head coach John Hynes and his entire staff and it was not true at all. And it’s not something that general manager Ray Shero is considering at this time. So, listen, there have been so many problems with the Devils in the early going. Their goaltending hasn’t been very good.  Their D hasn’t been very good. They’ve had injuries up front and, by the way, Nico Hischier is believed to be day-to-day with an injury. So we’ll see how long he’s going to be out, but maybe not that long. At some point maybe Ray Shero is going to have to look to do something to shore up his lineup. But firing the coach at this moment in time is not one of those considerations. 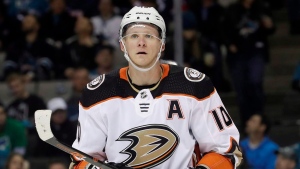 Dreger: A tough start for the Dallas Stars out of the gate as well. But the Stars organization believes they are a better team than their record clearly indicates. There’s no sense of panic coming from management or the coaching staff. In fact, they’re hoping that veteran Corey Perry can inject some competitiveness into the lineup.  He could play as early as Wednesday. If not, then Friday.  He’ll help bring some edge to a team that needs to push harder and they’re hoping he can help a sluggish power play as well.

When we get a few weeks into the season like this, we can start to look around at lineups and where guys are playing and maybe develop some trade talk out of that. When you look at a $6 million-a-year  guy playing on the fourth line in Nashville, does trade talk start right there? 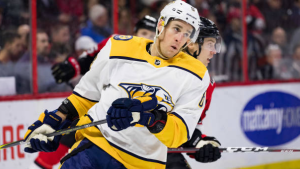 McKenzie: Well Kyle Turris is a situation worth monitoring with the Nashville Predators. Now, I don’t think it’s any secret in the summer general manager David Poile was trying to move Turris and his contract which has another five years to go at $6 million per year. Now, the last game out he played under 10 minutes. He’s currently centring the fourth line. It’s not an optimal situation for him. It’s not one for the Nashville Predators, either. But right now the reality is that Ryan Johansen is ahead of him, [as well as] Matt Duchene and Nick Bonino. So it’ll be worth monitoring to see how he fairs, how much ice time he’s getting, and what his future, short term and long term, might be there.

We spent about a year-and-a-half speculating about all of the young forwards in Toronto and their contract extensions. They are all locked up now and we can look at all of the pending UFA defencemen, starting with Jake Muzzin. 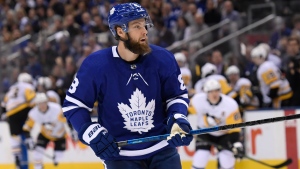 LeBrun: Yeah, that’s going to be the challenge for the Toronto Maple Leafs with their salary cap. Three of their top-four on defence (are) pending UFAs. Jake Muzzin, their best defender early this season, there have been no contract talks at all. Not this summer. Not early in the season between his camp and the Toronto Maple Leafs. Understandable the Leafs had other priorities named Marner to take care of. Here’s the thing. Because Tyson Barrie and Codi Ceci are newcomers, I think the Leafs’ front office wants to take a little time and look at how everyone fits on this blueline.  They can’t sign all three. They may not even be able to sign two. Prioritize the guy you are going to go after, perhaps in the new year, and go from there.