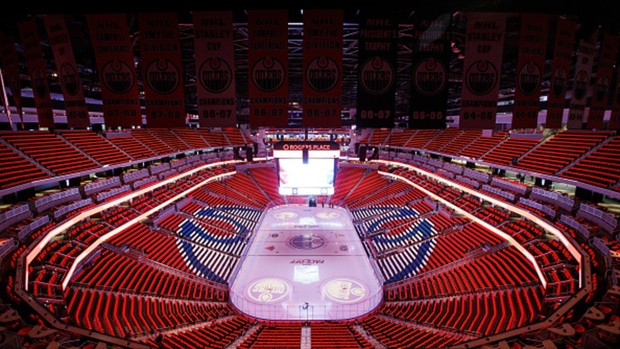 Darren Dreger joins Glenn Schiiler to discuss the NHL coaches' association working toward restoring full salaries, why preparation in the Hub Cities is intensifying this week and why it was a difficult task for many teams to get under the 52-person mandated cap for the bubble.

Many teams were forced to cut salary and staff in order to save money when the pandemic hit four months ago. As training camps begin, are employees getting paid full-time once again?

Darren Dreger: Well, some, but not all. Obviously it's a very sensitive issue to all those who are involved. The NHL Coaches' Association is trying to get all head coaches and assistant coaches back up to full salary. Those who accepted the voluntary pay reduction or those who contractually were forced to take it because of the term 'pause.' Now some contracts include a force majeure clause which, in this case, was triggered by the NHL going into pause. So the Coaches' Association is working with the NHL, but an important distinction here too is that the NHL doesn't govern over this. This is a club by club situation and I'm happy to report the majority of NHL teams that were forced to cut back salaries have returned to full pay.

How is the NHL going about planning and operating inside the hub cities of Toronto and Edmonton?

Dreger: It is a monstrous, a mammoth undertaking as we can all appreciate. Today, being the 14th, the National Hockey League planning on sending out waves of event staff. They'll send a second wave into Edmonton and Toronto on the 19th and then the third and final wave will come in on the 23rd. And that will be in final preparations for the players arrival, the personnel from the 24 teams on the July 26th. But, think about it for just a moment. You're talking about all the hotel accommodations, you're talking about feeding approximately 900 people, testing approximately 900 people, you've got all the facilities around the arenas, you need workout facilities. It is just an unbelievable undertaking by Steve Mayer and his team at the NHL head office.

Teams entering the bubble are only allowed 52 people. Did that make for some tough decisions on who goes and who stays behind?

Dreger: Some real tough decisions for NHL general managers because again I think we have to appreciate that the culture of hockey operations is a tough knit group. Everybody, because hockey has returned, wants to work. Now on Monday every NHL team of the 24-team tournament had to submit that list of 52 individuals. Automatically you have the 31 players who can be included, so that leaves 21 spots for your management, your coaches, your training staff, your medical staff, your equipment people, strength and conditioning and the list goes on. I talked to a number of NHL general managers who had to have real difficult conversations in the past few days with people who aren't going to be included in the trips to Edmonton or Toronto.